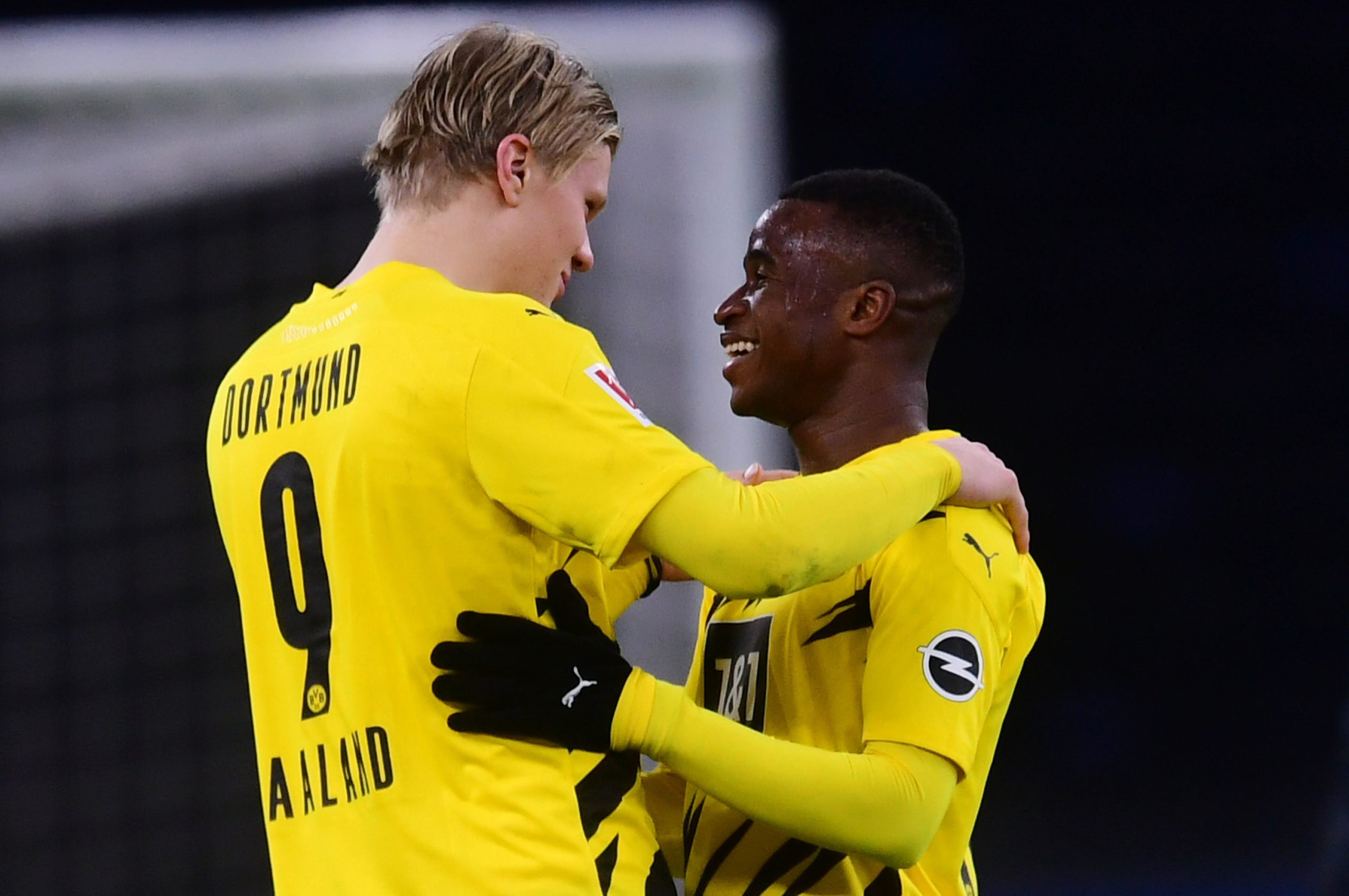 Youssoufa Moukoko became the youngest player to make his Bundesliga debut after coming off the bench during Borussia Dortmund’s 5-2 win over Hertha Berlin on the road.

Earlier this year, the Bundesliga lowered the age restriction for young players to make their first-team debuts from 16 years and six months to 16 years and Moukoko was the first teenager to take advantage.

Having scored a staggering 141 goals from 88 games for the Under-17 and Under-19s, he has been one of the most talked about youngsters this year and he finally made his maiden senior appearance, a day after his 16th birthday.

As a result, he is now the youngest-ever player to take the field in the German top-flight ahead of Nuri Sahin, who made his bow with Dortmund in 2005 at 16 years and 335 days.

Moukoko could not do much during his cameo appearance which lasted for only five minutes, but it was a day to remember for Erling Braut Haaland, who scored a stunning quadruple in a sensational second-half display.

Hertha looked in control of the proceedings in the opening half where they took a 1-0 lead through Matheus Cunha. However, they could not cope with Dortmund after the break with Haaland bagging a sublime 15-minute hat-trick.

Raphael Guerreiro made it 4-1 for the visitors before Cunha scored from the penalty spot for Hertha. However, there was no late comeback for the hosts after Haaland scored within seconds of the restart to put Dortmund 5-2 ahead.

The victory has taken Dortmund within one point of league leaders Bayern Munich, who picked up a 1-1 draw against Werder Bremen which ended their run of 10 successive wins across all competitions.

Meanwhile, it was a momentous moment for Werder, who ended their dismal run of 22 straight defeats against Bayern across all competitions. The reigning champions were far from their vintage best with just two shots on target.