Will Thomas Meunier Be Able To Replace Achraf Hakimi at Dortmund?

Borussia Dortmund have signed Thomas Meunier on a free, but will he be able to fill in for Acharf Hakimi? Let’s take a look: 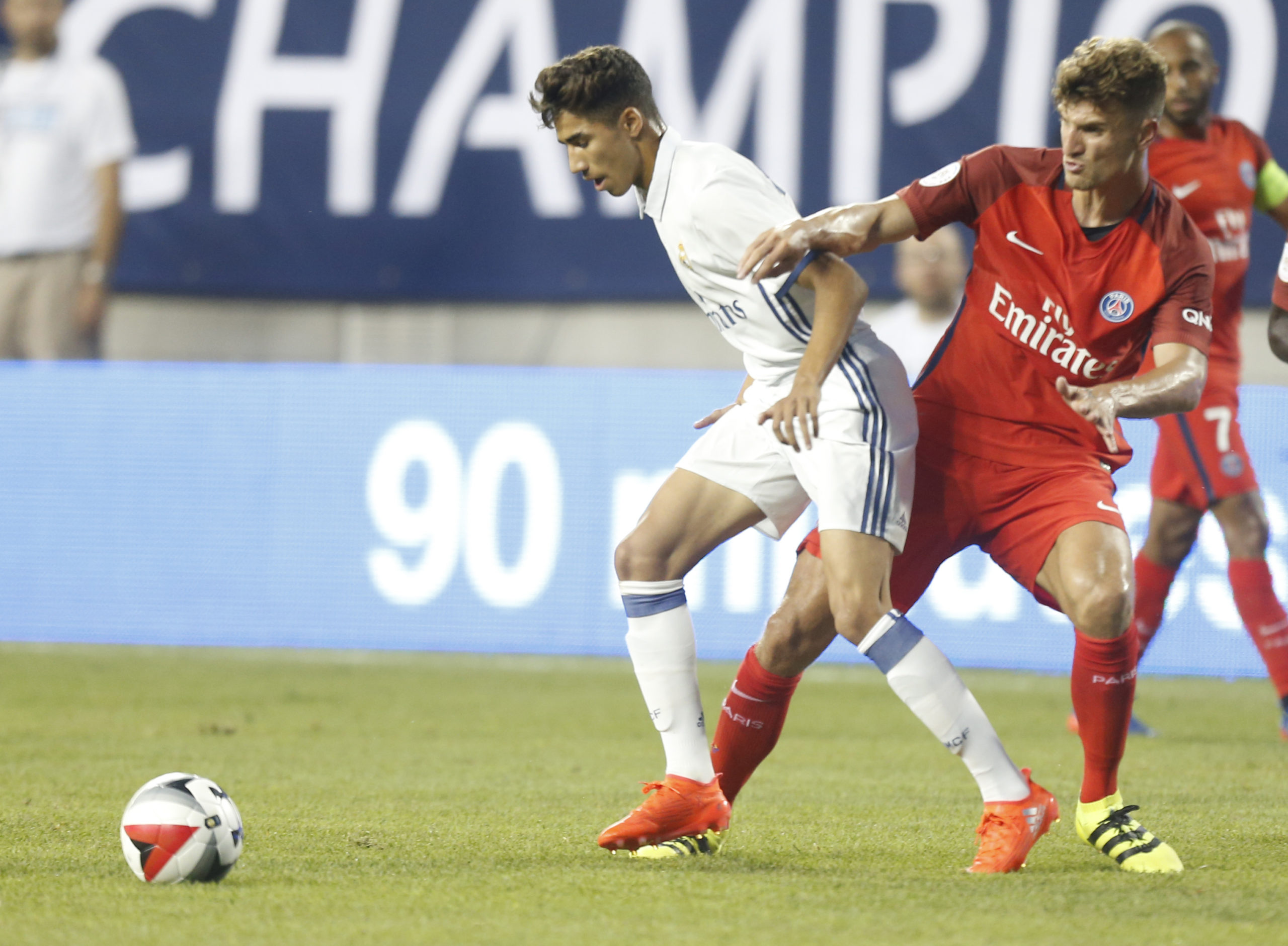 Borussia Dortmund have confirmed the signing of Thomas Meunier on a free transfer, and he is already a part of their squad. As the announcement was made, many suspected that he was brought in to replace the outgoing Achraf Hakimi, whose loan spell will be over at the end of the season. Though Dortmund are keen to re-sign him, it seems that they will fail. Many clubs want to poach him from Real Madrid, and Inter Milan are reportedly in advanced talks. All of this means that Meunier will probably be tasked with filling in for him, but will he be able to do so?

The Moroccan international is a very forward-thinking wing-back. He is quick, and is capable of delivering presentable crosses. The stats prove it – he has 9 goals and 10 assists in 40 appearances this season. He has also clocked up a rapid top-speed of 36.20 km/h in the Bundesliga.

Hakimi’s attacking mindset is assisted by Dortmund’s style of play. They play with a three-man back-line, meaning that Hakimi is deployed as a right wing-back. This, coupled with the fact that Łukasz Piszczek is usually covering him in defence in his right centre-back position means that the 21 year-old rarely has to worry about defending – he only averages 0.7 clearances per game.

Another Dortmund tactic which helps the Madrid-loanee is their fluid front-three. BVB’s wingers tend to drift around all over the park – creating a lot of space for Hakimi to run into, which he does rather quickly. The wide players also pop up in the box, and guide his crosses towards goal.

In short, Hakimi is a very attacking wing-back, who scarcely has to track back.

The Belgian right-back is a rare breed of defensive full-back. He doesn’t venture too far forward, and has only 1 goal and 2 assist in 21 outings this season. He is not too quick either, and is about 4-5 km/h slower than Hakimi.

The 28 year-old hasn’t been asked to perform in attack either, because he has some decent players, like Kylian Mbappé, Neymar, Mauro Icardi, and Ángel Di María playing in front of him. His defending, however, is top-notch. He averages 4.6 recoveries per match, and when you realise that he plays for a PSG side that generally keeps almost 60% of the ball, you start to understand how impressive those numbers are for a right-back.

He is usually fielded on the right of a back 4. The former Brugge player mostly finds himself against teams who are looking to hit on the counter, and therefore needs to be very vigilant at the back, and he only lets an attacker by once in nearly four attempts. Even then, he does manage to find one key pass every time he steps on the pitch.

Basically, Meunier is a full-back who doesn’t go forward, and is mainly tasked with defending.

Though both Dortmund and PSG are attacking and possession-based teams, their playing styles are very different. Dortmund ask their right wing-back to go far forward in attack, whereas PSG use their right-back in defence.

This is where Meunier may face some issues. He is neither as quick, nor as sharp as Hakimi, and isn’t used to going too far ahead down the right flank. He mostly does defensive work, and may even be used in Piszczek’s role in the backline, because that suits his abilities better.

So, I don’t see Meunier as Hakimi’s replacement. Assuming that Dormund don’t change their system (which they probably won’t), he will struggle to step into the Moroccan’s shoes. Instead, he may be a more defensive asset, and give Lucien Favre other options to replace the likes of Piszczek and Mats Hummels. But maybe he has just been hiding the attacker in him, and might flourish in Dortmund’s system.