Bayern have been trying to bring Sané to Germany for over a year now, but here is why they should wait for one more season. 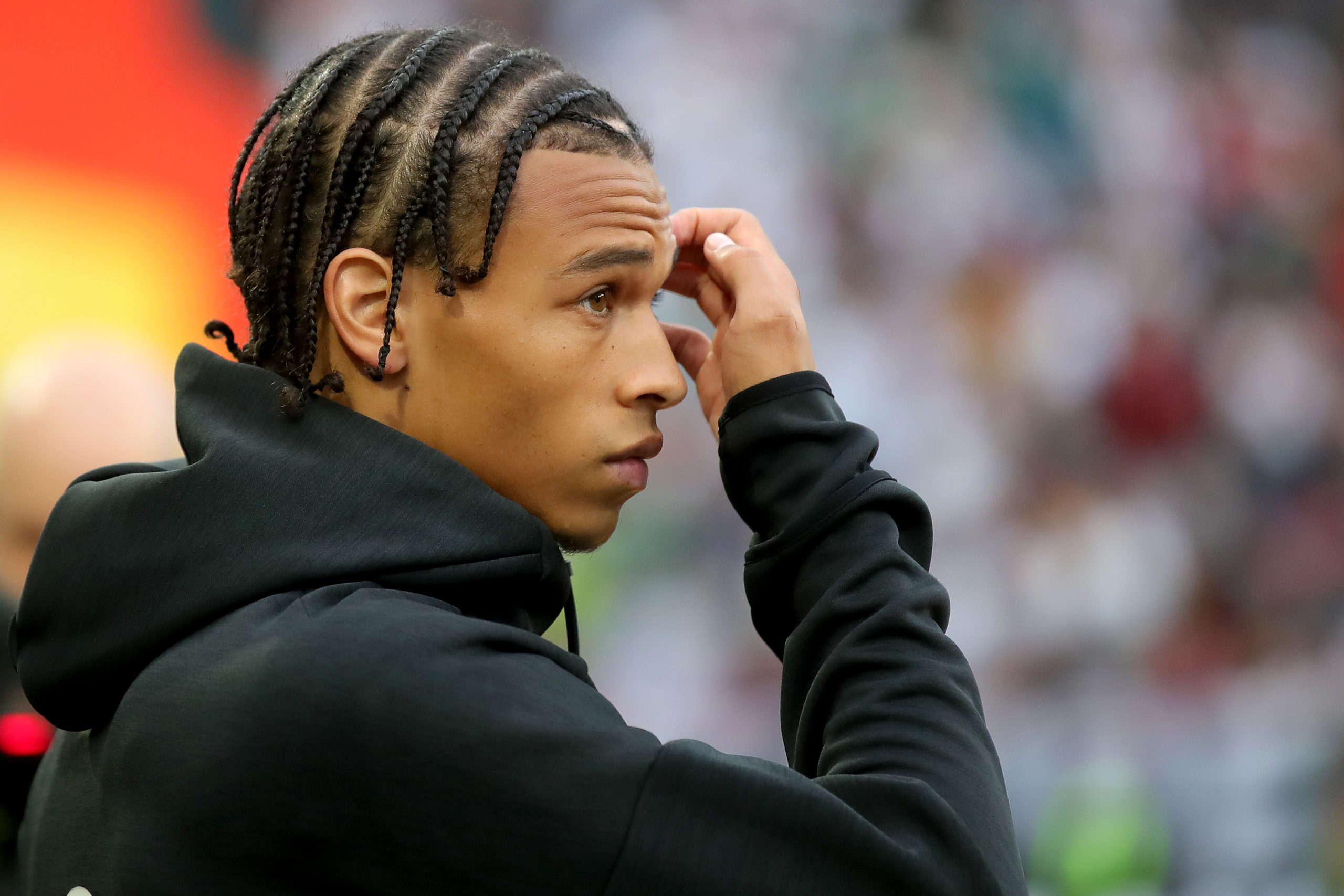 FC Bayern München have been trying to enlist the services of Leroy Sané for quite a while now. Their interest peaked last summer, but a severe cruciate ligament injury to the German led to the move being called off.

Now, it’s the summer once again, and the move seems inevitable. Pep Guardiola has confirmed that the 24 year-old didn’t sign a contract extension. But, in my view, Bayern should wait another year. Here’s why:

Abundance of Wingers for Bayern

Bayern have lots of talented wingers, and currently, they do not need more. In fact, Alphonso Davies arrived as a winger, but later had to convert to left-back because he would get little game-time at the sharp-end of the pitch.

If you look at Bayern’s squad, you’ll see that they have Serge Gnabry, Kingsley Coman, and Ivan Perišić, who are very capable of playing down the left-wing. As aforementioned, Davies was originally a winger, and can always fill in if necessary. Thomas Müller has also proven that he is more than capable of playing down the right when Leon Goretzka slotts into the number 10 role. This means that they have 5 super-talented wingers, and do not need a sixth.

However, Müller is 30 years-old, and will soon find it increasingly difficult to play down the wings, especially if you factor his lack of pace into the equation. Perišić is 31, and although he will probably complete a permanent move from Inter, he is certainly ageing, and will not be able to continue a career at such a high-level.

Taking all of that into account, it certainly makes sense to wait for one more year before signing another winger. Even more so when you take the next factor into consideration:

As you can imagine, the Coronavirus crisis has impacted every club’s finances in some way or another. Although we don’t have insider information, it’s certain that Bayern, like any other club, could do with some extra money in their pockets. And if they wait for one year, they’ll get a lot of it.

Last year, City were demanding 130 million Euros for the pacy winger, whereas Bayern were willing to offer 100 million. This year, the price will certainly have come down, but Bayern would still need to spend some big money to watch him play at the Allianz Arena next season.

Now, as mentioned before, Sané did not sign a contract extension – he will be a free agent at the end of the 2020/21 season. So, if all goes to plan, they can have him without paying a single penny to Manchester City. As far as deals go, that is sweet.

Admittedly, this point is very contentious, and it largely depends on the CAS verdict with regard to City’s Champions League ban. If that is overturned, this could prove to be a vital factor.

As discussed before, Bayern have a lot of wingers, and do not need another one in the near-future. When you combine that with the fact that City (61) played 12 more fixtures than Bayern (49) last season, it is clear that there is a good possibility that he will be fielded more in Manchester, but only if they will be competing in the Champions League.

Further, Bayern already have 3 major contenders for the position of left winger (Gnabry, Coman, and Perišić) and one outside shout (Davies). City, on the other hand, only have one recognised left winger – Raheem Sterling. Their second-choices, Phil Foden and Bernardo Silva, will also get less time on the wings following the retirement of David Silva. So, if Sané can stay fit, he will certainly find himself in City’s starting XI from time-to-time.

Of course, there are no guarantees until Sané signs on a piece of paper with a Bayern Munich logo on it, and there are certain risks that you run when you give a player one more year at a club.

Firstly, City have shown that they don’t really need him. They managed to cope without him for most of this season, and probably will find a way to do so in the future, especially if the Champions League Anthem isn’t played at the Etihad Stadium. Since Sané is destined to leave for Bayern, they have no compulsion to field him, and both player and club will be in a state of limbo for the entirety of the season.

The bigger problem, though, will arise if Sané gets too much game-time under his belt. With another whole year to think about his future, the German might start debating whether a move to Bayern is the best thing for him, especially if he is fielded often by City. This is a factor which Bayern cannot control, and is a major risk.

Whether it happens this year or in 2021, one thing seems destined: Leroy Sané will wear an FC Bayern München shirt soon. How soon? We do not know, but there is one thing that is irrefutable:

The record Bundesliga Champions have a very smart transfer policy, especially when it comes to free transfers. In fact, they paid Zilch to bring Robert Lewandowski, Thomas Müller and Leon Goretzka to the club. And except one or two expensive transfers, their entire squad is loaded with absolute bargains. The point is: You can trust them to take the correct decision.