Werder Bremen Maintain Their Bundesliga Spot at the Expense of Heidenheim

The second leg of the Bundesliga’s Relegation Playoff took place at the Voith-Arena. With the first leg ending 0-0, it was all to play for in Heidenheim. 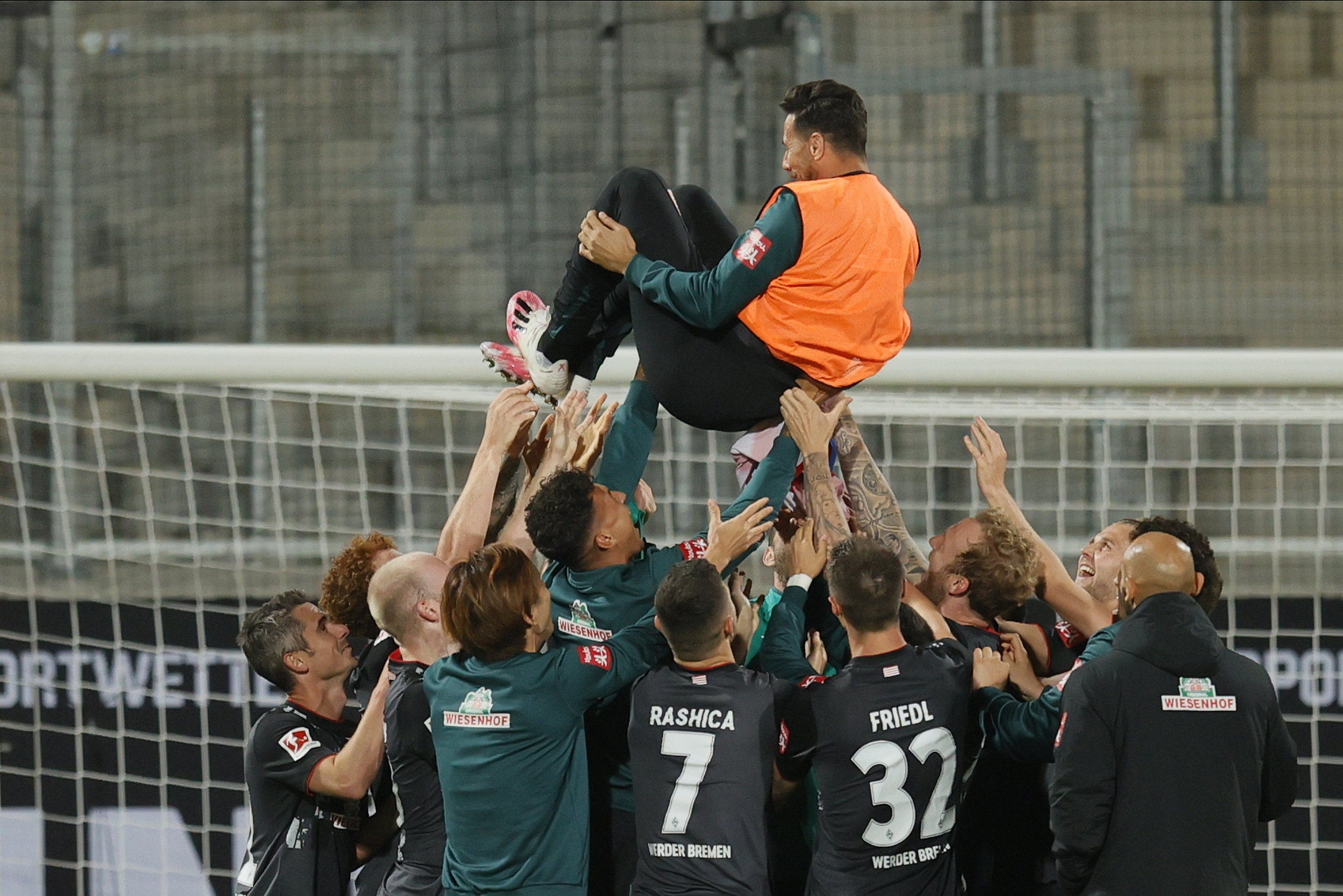 Bremen opened the scoring in the 3rd minute thanks to some help from one of their former players, Norman Theuerkauf. The ball awkwardly fell to his feet at the edge of his own box when he was facing backwards, and his attempted clearance ended up becoming an outstanding finish, as Kevin Müller could do nothing but watch it sail in.

8 minutes in, Milot Rashica had a hit from range, and forced Müller into making a good save.

Bremen controlled proceedings for most of the first half, and it was 0-1 at the break.

The second half was far more chaotic, with glorious chances at both ends. But, it was in the 85th minute that Tim Kleindienst guided the ball into an empty net after Tobias Mohr’s long-range drive struck the post and fell to him.

Then, in the 4th minute of stoppage time, Fin Bartels ran past two down the right flank, and was faced by Müller. Instead of taking the keeper on, he opted to square it to Ludwig Augustinsson, who fired it into the open goal.

There was another twist to the tale, though. Theodor Gebre Selassie pushed Mohr in the box, and Heidenheim were awarded a penalty. Kleindienst stepped, and scored to make it 2-2.

But, that wasn’t enough for Heidenheim because they lost out on away goals after a goalless first leg. A chaotic end to the match saw Bremen somehow managed to scrap through, and they will soon start their 57th Bundesliga campaign.

Heidenheim will be disappointed with the result after having beaten Hamburg to the playoff spot, but they shouldn’t let their heads drop, and can certainly try to join the top-flight next season.

Bremen were supposed to be challenging for European football this season, but that never happened. It was a really poor season, and as their manager, Florian Kohfeldt summed it up, “We were dead so often this season… but it doesn’t matter now.” They can’t afford to play like this though, and have a lot of work to do in this break.