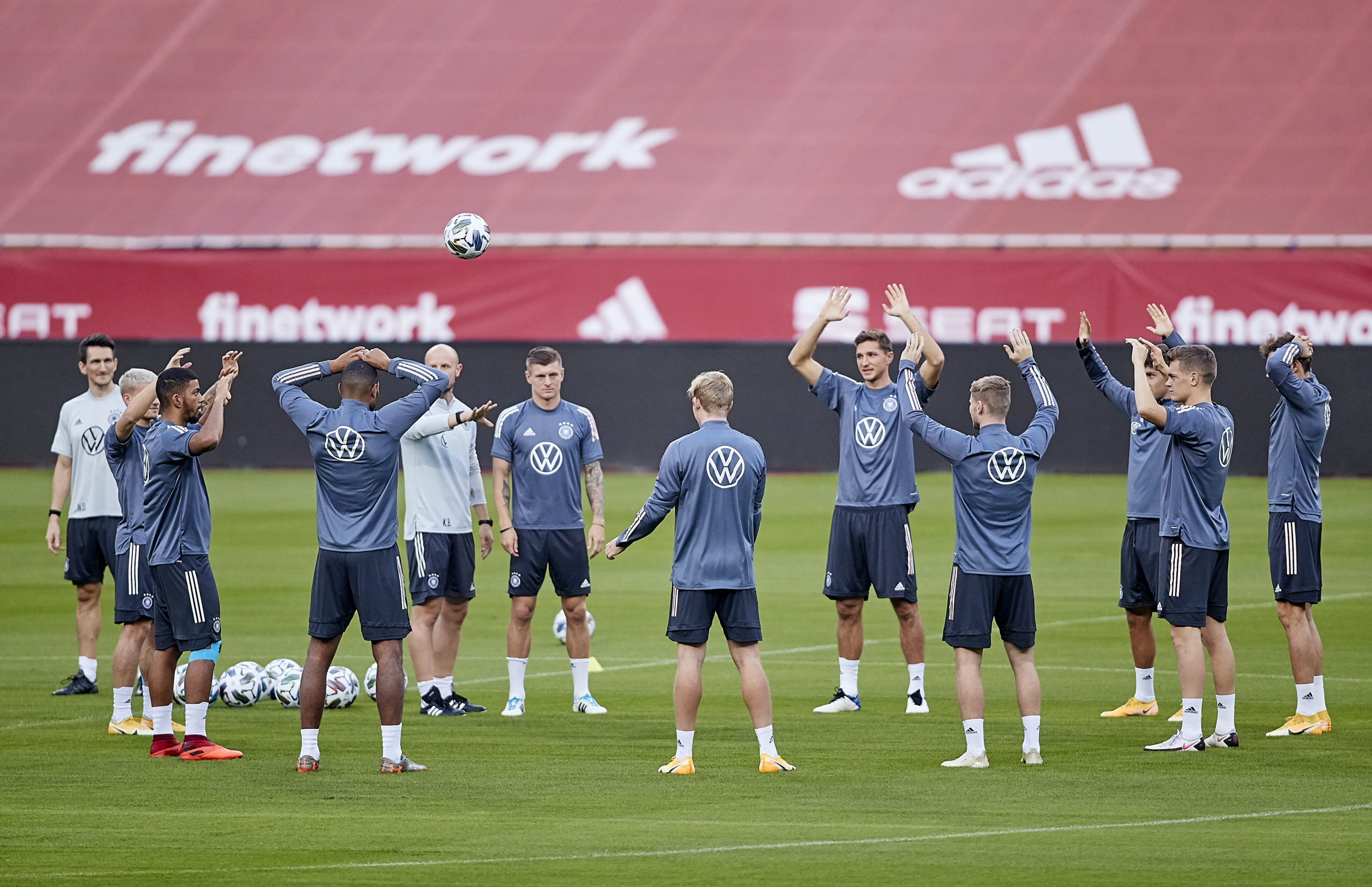 Germany will make the trip to Seville for their final Nations League group stage game against Spain tonight.

Joachim Loew’s side are unbeaten in the competition with three draws and two wins from five matches and that sees them top of League A Group 4 with nine points.

They were recently in action against Ukraine where they came from behind to register a 3-1 win. Timo Werner was the standout performer with a goal in either half.

Meanwhile, Spain are just one point behind Germany in second, but their form in the lead-up to tonight’s clash has been poor.

La Roja suffered a shock 1-0 loss to Ukraine last month and they have since drawn 1-1 against Switzerland on the road.

Sergio Ramos had a day to forget with the 2010 World Cup champions as he squandered two penalties against the Swiss.

It was ultimately left to Gerard Moreno to salvage a point off the bench with an 87th-minute goal from close range.

They have been 24 previous meetings between the sides and Germany have had the slight edge with nine wins to Spain’s seven.

However, over the past 20 years, Spain have been the more dominant side and they have suffered just one defeat in the previous six meetings.

La Roja have picked up three wins and two draws in the same period.

They previously met during Matchday 1 of the 2020/21 Nations League where they settled for a 1-1 draw.

Timo Werner’s goal early in the second half put Germany on course for the win before Jose Gaya scored a dramatic 95th-minute equaliser.

Jose Gaya continues to remain doubtful for Spain after a clash of heads in the friendly against the Netherlands last week. Sergio Reguilon, who assisted the equalising goal against Switzerland, could continue at left-back. Elsewhere, Gerard Moreno could lead the line ahead of Dani Olmo after grabbing the equaliser in a nine-minute cameo last weekend.

For the visitors, Jonas Hofmann (thigh) and Robin Gosens (calf) are doubtful for the contest while Antonio Rudiger is suspended after picking up his second yellow card of the competition. They will, however, welcome the return of Toni Kroos after serving a one-game ban of his own. Benjamin Henrichs is also available following a patellar tendon injury.

Spain are winless in the past two games in the competition and they will be determined to make amends. However, we are only fancying a share of the spoils which would be sufficient for Germany to finish top and reach the Nations League finals.

Germany do possess concerns in the backline which could be exploited by La Roja and they also have an in-form striker in Werner, who has scored seven goals in the past five games for club and country. Hence, there is not much to choose between the sides.

Stats from Transfermarkt.com and 11v11.com