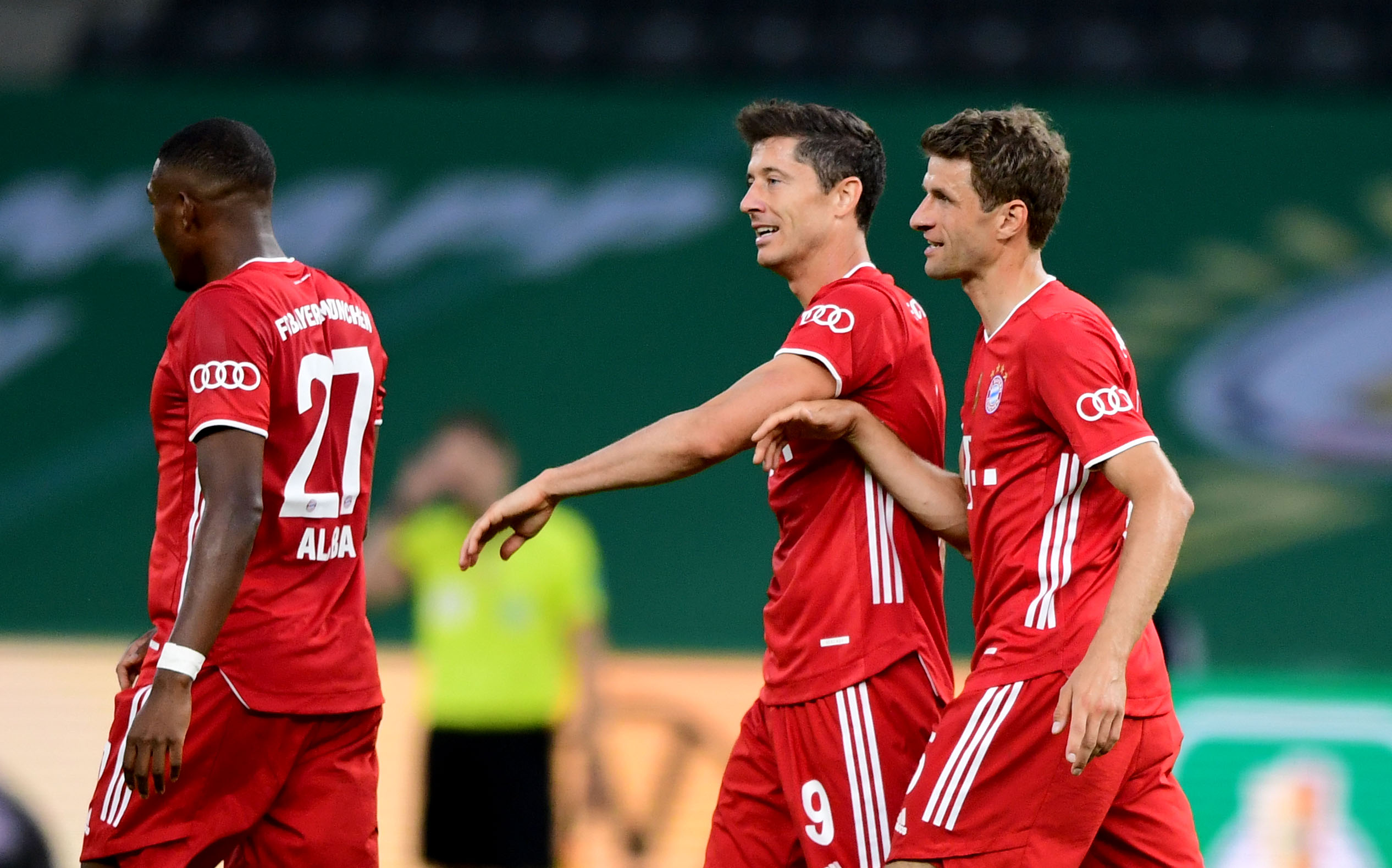 Bayern Munich will start the defence of their Champions League crown with a group stage encounter against Atletico Madrid at the Allianz Arena on Wednesday night.

The Bavarian giants ended the previous season on a 30-match unbeaten run which saw them win the Bundesliga, DFL Pokal Cup and the prestigious Champions League after a 1-0 triumph over Paris Saint-Germain. It was only their second treble in their history.

Their unbeaten streak end at 32 games after the surprise 4-1 league loss at Hoffenheim, but they have since returned to winning ways with four successive victories including the 3-2 win over Borussia Dortmund in the DFL Super Cup.

Hansi Flick’s side are now scheduled to host Spanish giants Atletico Madrid and the game is definitely one of the standout fixtures in matchday 1 of the new Champions League campaign.

The teams have previously met in European competitions on six occasions and Bayern have had the upper hand with three wins to two. They were drawn together during the group stage of the 2016/17 campaign. Both sides picked up 1-0 victories on their respective grounds.

Robert Lewandowski – Bayern Munich: The Poland international experienced his best-ever return last season with a staggering 55 goals and 10 assists from 47 appearances. 15 goals and six assists came from 10 Champions League games and he was deservedly named the UEFA Men’s Player of the Year. The 32-year-old has started the current campaign in the same vein of form with seven goals and four assists from six outings and he will have the task of breaching Atleti’s solid backline.

Luis Suarez – Atletico Madrid: The Uruguayan made the surprise switch to Atletico during the summer after he was deemed surplus to requirements at Barcelona, where he spent six years. Suarez has quickly adapted to Diego Simeone’s style of play with three goals and one assist from four outings and he is currently their leading scorer. Bayern like to play with a high defensive line and Suarez could be instrumental for Atletico on the counter-attack.

Bayern are without three first-team stars. Summer signing Leroy Sane continues to remain out of contention after the knee injury sustained prior to the international break. Chris Richards is out with an illness while Tanguy Nianzou has yet to make his debut after suffering a thigh injury last month. He is not part of the Champions League group stage squad.

Atletico, on the other hand, are without Sime Vrsaljko after he underwent a knee surgery. Diego Costa is also expected to miss the contest after picking up a thigh injury against Celta Vigo. Jose Gimenez has recovered from COVID-19, but he remains doubtful to feature.

Bayern won’t have an easy task against an Atletico side, who are generally solid at the back regardless of the change of personnel. Still, we are fancying them to come up with a victory with the excellent scoring form of Lewandowski and Gnabry upfront.