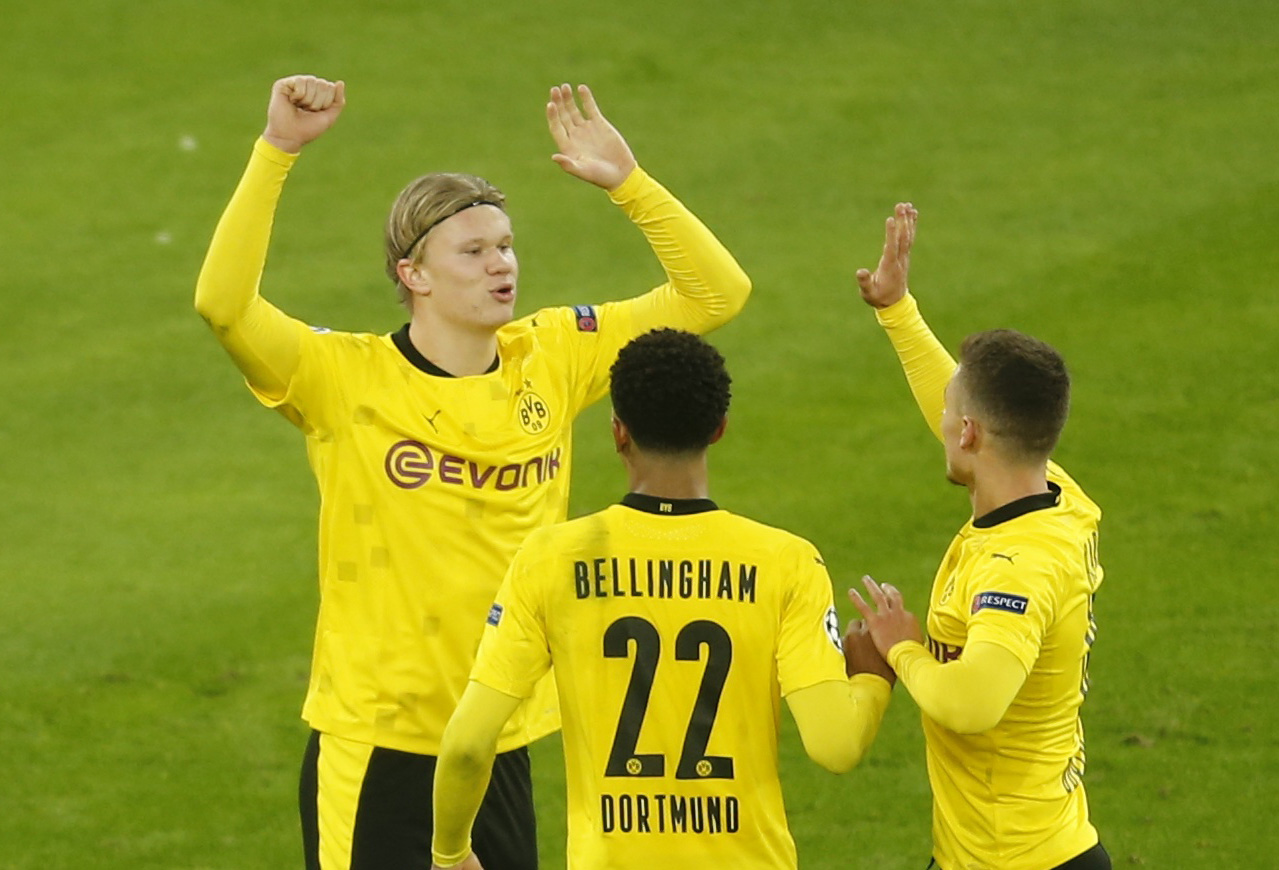 Borussia Dortmund boosted their prospects of reaching the round of 16 stage of the Champions League after a comfortable 3-0 triumph over Club Brugge at Signal Iduna Park on Tuesday.

The hosts had gone into the game after a stunning second half display against Hertha Berlin in the Bundesliga where they came from two goals behind to register a 5-2 victory.

Erling Braut Haaland was in exceptional touch with four goals and he continued the rich vein of form against Brugge yesterday by scoring a goal in either half.

However, it was Jadon Sancho, who captured the eye with his best performance of the campaign. The Englishman got the assist for Haaland’s opener and scored with a splendid free-kick prior to the interval.

With the victory, Dortmund have maintained their top spot in Group F with nine points, one ahead of Lazio. They are five points in front of third-placed Brugge and a draw in Matchday 5 would seal their round of 16 berth.

Haaland enters the record books: Haaland has been in superb form for Dortmund this term and he recently bagged his 16th and 17th goals of the campaign in just his 13th appearance. By doing so, he also became the first player in Champions League history to register 16 goals after 12 appearances. Haaland with his brace has jumped to the top of the goalscorers list in the competition this season with six from his four outings and he has put his team on the cusp of the knockout phase.

Sancho recapturing his form: Sancho has experienced a tough season by his standards and prior to the Brugge clash last night, he had failed to score a goal from open play from nine appearances. He managed to put an end to that statistic with a superb 20-yard free-kick to find the top left corner of Simon Mignolet’s net. Dortmund have been impressive this term without Sancho hitting top form and they should only become tougher to beat when the Englishman hits his stride.

Lucien Favre’s late substitutions: Dortmund were in commanding position at the hour mark when they went 3-0 ahead following Haaland’s first-time shot on the spin. Despite this, Favre resisted from making substitutions and it was not until the 71st minute that he opted to ring in the changes. With Dortmund playing a game in every three to four days until January, Favre could have made early substitutions to protect his front men. Haaland was brought off only in the 80th minute while Jadon Sancho stayed on for the entire game.