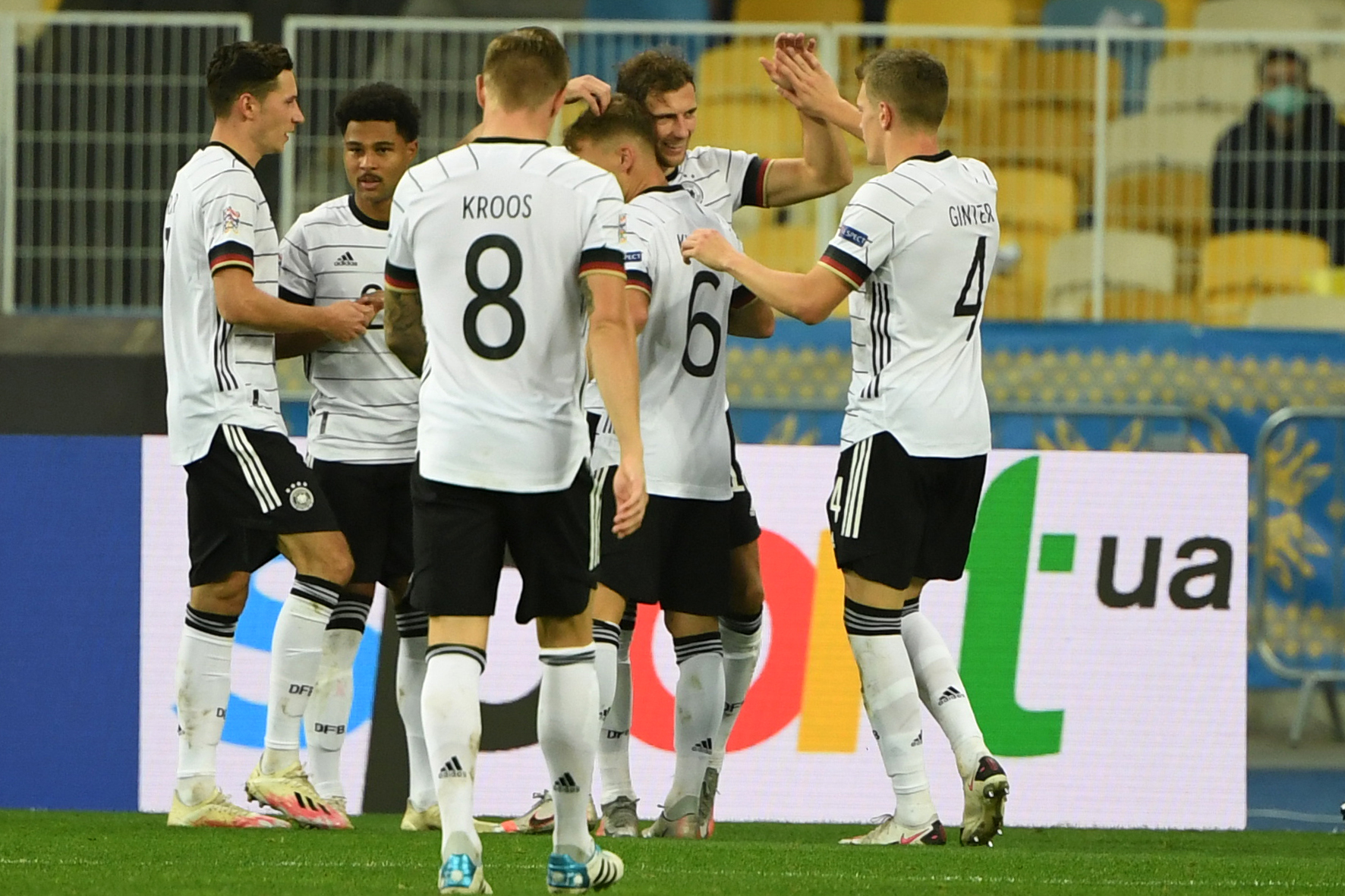 Germany picked up their first-ever win of the UEFA Nations League as they secured a 2-1 victory over Ukraine on the road. Matthias Ginter and Leon Goretzka scored for the visitors in the 20th and 49th minute respectively while Ruslan Malinovskiy scored for Andriy Shevchenko’s side from the penalty spot in the 76th minute.

Here are three talking points from the game.

Germany finally end their Nations League hoodoo: The competition has not been friendly to Joachim Loew’s side and they had to wait for seven games in order to pick up their first-ever win. Germany thoroughly dominated the contest against Ukraine with 73 percent of the possession while they managed as many as 12 shots on target. Still, they experienced another nervy finish after conceding late in the game. Fortunately this time around, there was no last-minute disappointment and they finally registered a victory to keep up with Spain, who are at the top of Group 4 of League A with a two-point lead.

Surprise selections by Loew: Loew came up with a few surprise selections for the Nations League clash. Both Kai Havertz and Timo Werner have recently been key players for the team, but neither of them found their spot in the starting XI on Saturday. Instead, Loew went with the combination of Julian Draxler, Goretzka in the attack with Serge Gnabry playing upfront as the lone striker. The trio managed a total of 10 shots on target on the night and Goretzka pounced on the goalkeeping error from Heorhiy Bushchan to score Germany’s second goal which eventually turned out to be the winner.

Ukraine produce credible display: The host were missing a number of key players such as Oleksandr Zinchenko, Mykola Matviyenko and Yevhen Konoplyanka and Taras Stepanenko through injuries while captain and goalkeeper Andriy Pyatov was sidelined due to COVID-19. They were comfortably overawed by France with a heavy 7-1 friendly defeat earlier in the week, but they managed to produce a much better performance on Saturday. Shevchenko’s team could have shared the spoils, had Bushchan not fumbled his attempt to catch the ball which gifted Goretzka with a free header to find the back of the net.