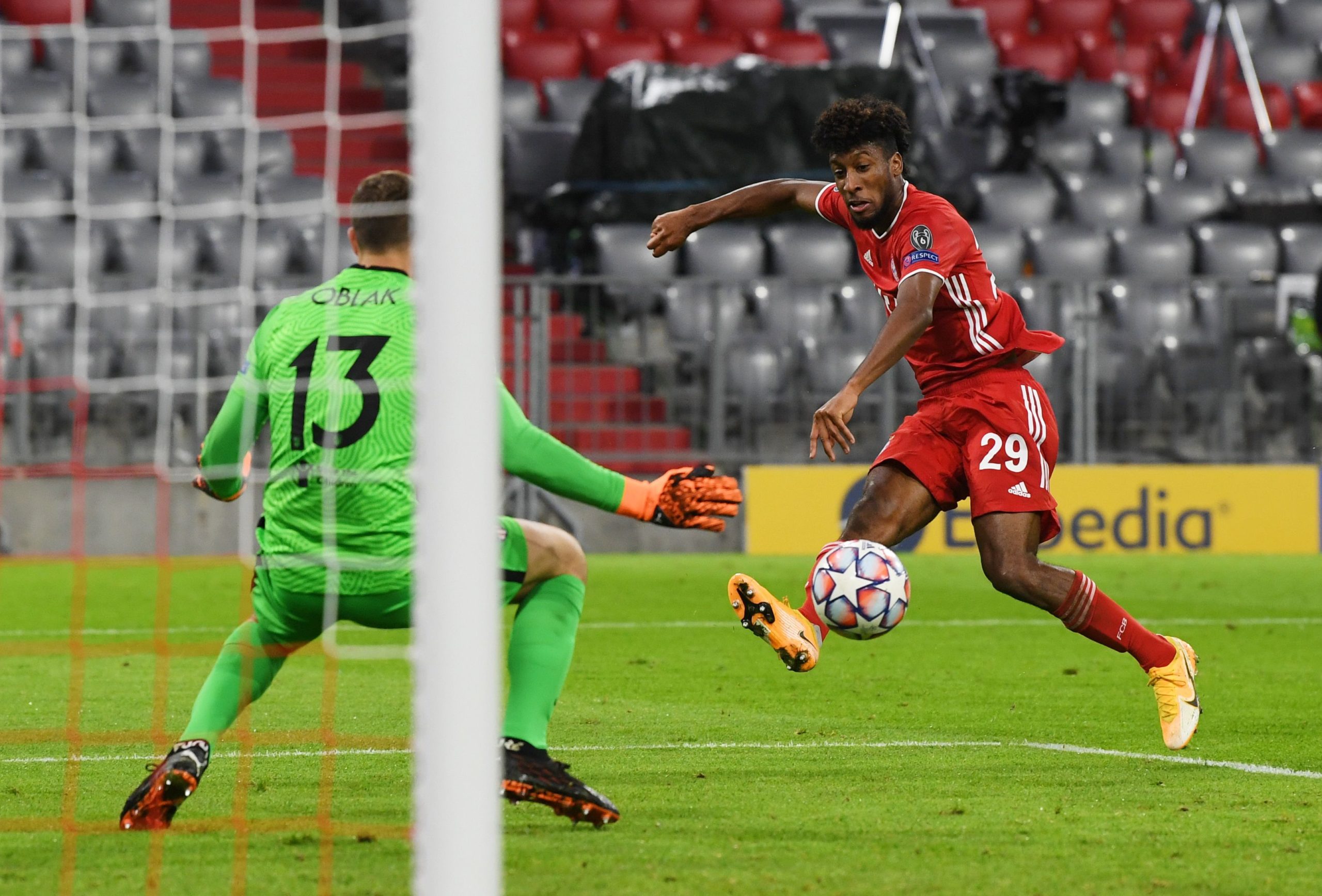 Bayern Munich started their defence of the Champions League crown with a comfortable 4-0 group stage win over Atletico Madrid at the Allianz Arena on Wednesday night.

The Bavarian giants controlled the game over the course of the 90 minutes and the visitors were restricted to just one shot on target. In comparison, Bayern scored with four of their five shots on goal.

Kingsley Coman was the hero of the Champions League final last term where he scored the winning goal against Paris Saint-Germain and he continued the good form with a brace against Atletico.

Leon Goretzka and Corentin Tolisso were also on the scoresheet for the reigning European champions as they convincingly outclassed Diego Simeone’s side, who are generally solid at the back.

Here are three things we learned..

Kingsley Coman continues impressive European form: Coman ended the previous season on a good note by scoring the Champions League winner, but there were still doubts over his starting position after the arrival of Leroy Sane from Manchester City. He started the current season as the third-choice winger behind Leroy Sane and Serge Gnabry, but the injury for the former has come as a blessing in disguise. Following his brace against Atletico, Coman has definitely provided a selection headache for Hansi Flick, particularly when Sane returns to full fitness.

Atletico Madrid produce off-colour performance: It was anticipated that Atletico would provide Bayern a tough challenge, considering they are one of the best defensive teams in Europe. However, there was an evident lack of organisation at the back on Wednesday night and they eventually suffered their joint-heaviest defeat in a competitive game under Diego Simeone. The Madrid giants previous lost by the same scoreline to Borussia Dortmund in the Champions League group stage two years ago.

Bayern start their defence in style: Bayern ended the previous campaign on a stunning 30-match unbeaten run which saw them win the treble for the second time in their history. Their run was ended after 32 games following a shock 4-1 loss at Hoffenheim in the league, but they have since picked themselves up with a five-match winning streak, where they have scored a staggering 18 goals. Hansi Flick’s side have made a statement in Europe with the 4-0 thumping of Atletico, which very few would have seen coming.