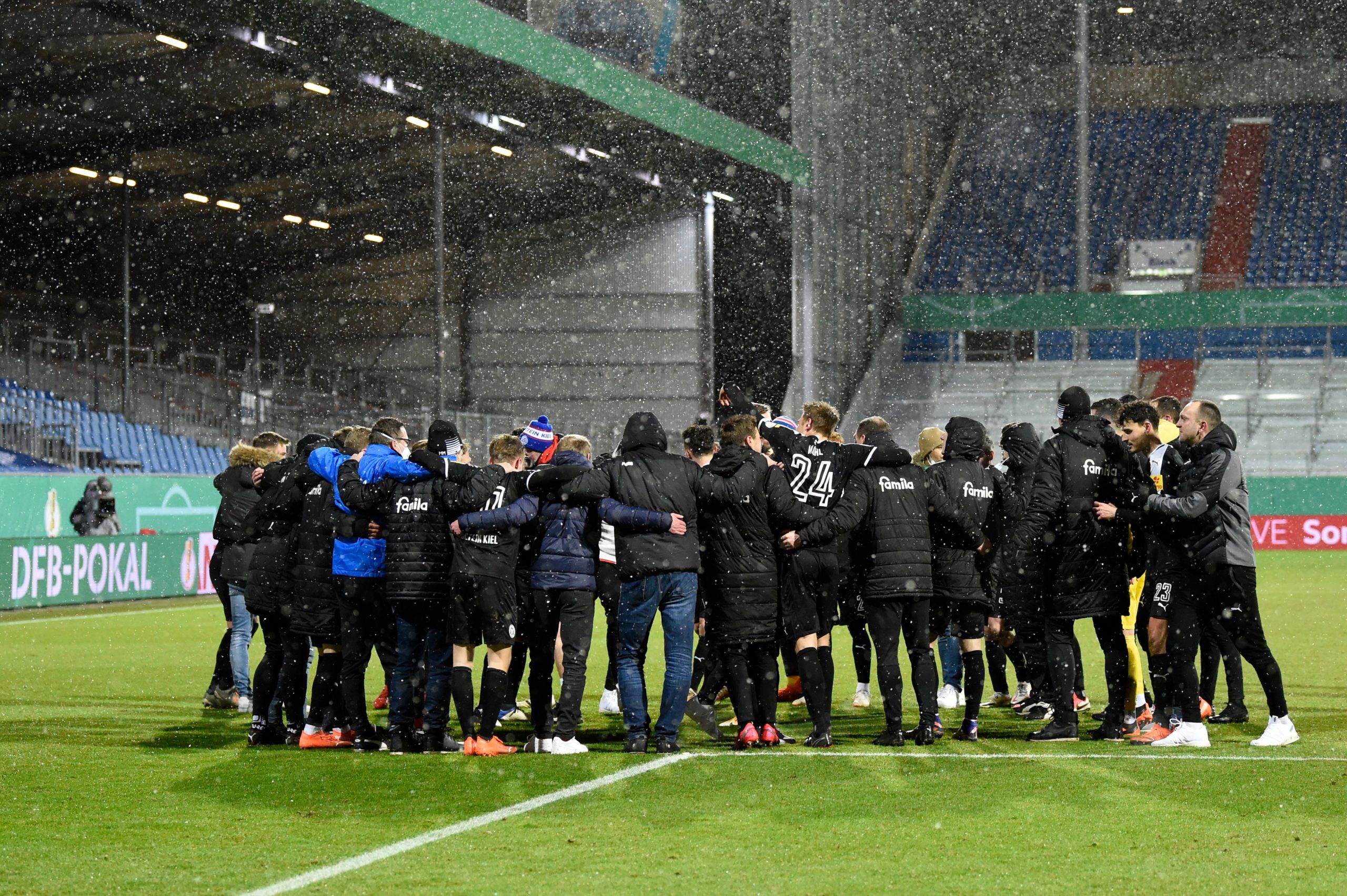 Bundesliga champions Bayern Munich exited the DFB-Pokal in the second round after a shock defeat on penalties to second-tier outfit Holstein Kiel on the road.

The Bavarian giants were overwhelming favourites for the game and took the lead after just 14 minutes through Serge Gnabry, who had returned from a minor knee injury.

However, the hosts levelled the scores in the 37th minute after he beat Manuel Neuer in a one-on-one situation, something which has become a regular occurrence for Bayern of late.

Shortly after the interval, Leroy Sane put Bayern ahead and they appeared on course for a victory until Hauke Wahl’s headed goal in the final minute of stoppage time after he was left unattended in the box from a cross.

Bayern could not find the winning strike over the course of added extra-time and it eventually came to penalties which Kiel triumphed in sudden death (6-5) after Marc Roca missed his spot-kick.

Three talking points from the game:

Bayern no longer invincible: Bayern had a tremendous 2020 and they went on a stunning 30-match unbeaten run in all competitions to win the Bundesliga, DFB-Pokal and Champions League treble last season. The streak was ended at 32 games after a surprise 4-1 loss at Hoffenheim, but they finished the year on a high with 20 games unbeaten. The New Year has not been fruitful for them. Hansi Flick’s side beat Mainz with a 5-2 comeback triumph, but they have since succumbed to disappointing defeats to Borussia Monchengladbach and Kiel. Bayern’s DFL-Pokal second round exit was their earliest in the Cup competition since 2000 when they lost to fourth-tier Magdeburg, similarly on penalties.

Bayern’s defensive issues: Bayern were defensively solid during the backend of the previous campaign where they won 29 of their 30 matches to end the season with their second treble in their long history. However, they have lacked the same authority at the back this term and have picked up just one clean sheet since the beginning of November, which came against Lokomotiv Moscow in Europe. A single shut-out from 16 games does not make good reading for a team, who are the reigning European champions. Bayern need to significantly improve their defensive displays or else, they may not be able to defend their Champions League crown. Only Real Madrid in the modern era have won the elite competition in back-to-back years. They managed to lift the title for three straight seasons between 2016 and 2018.

Kiel’s Cinderella run: While the focus was largely on Bayern’s shock exit from the DFB-Pokal, credit must be given to the second tier club, who took advantage of the defensive lapses. Ole Werner’s side did not bow down to the challenge and they commanded almost 40 percent of the possession and were effective in front of goal with two of their three shots on target finding the back of the net. In the shoot-out, they were up against one of the world’s best goalkeeper in Manuel Neuer, but kept their calm by converting all of their six penalties. Kiel are currently only goal difference behind Bochum for an automatic promotion spot from Bundesliga 2 and will be hoping to carry over the confidence from the Cup run to secure top-flight football for the first time in their history.