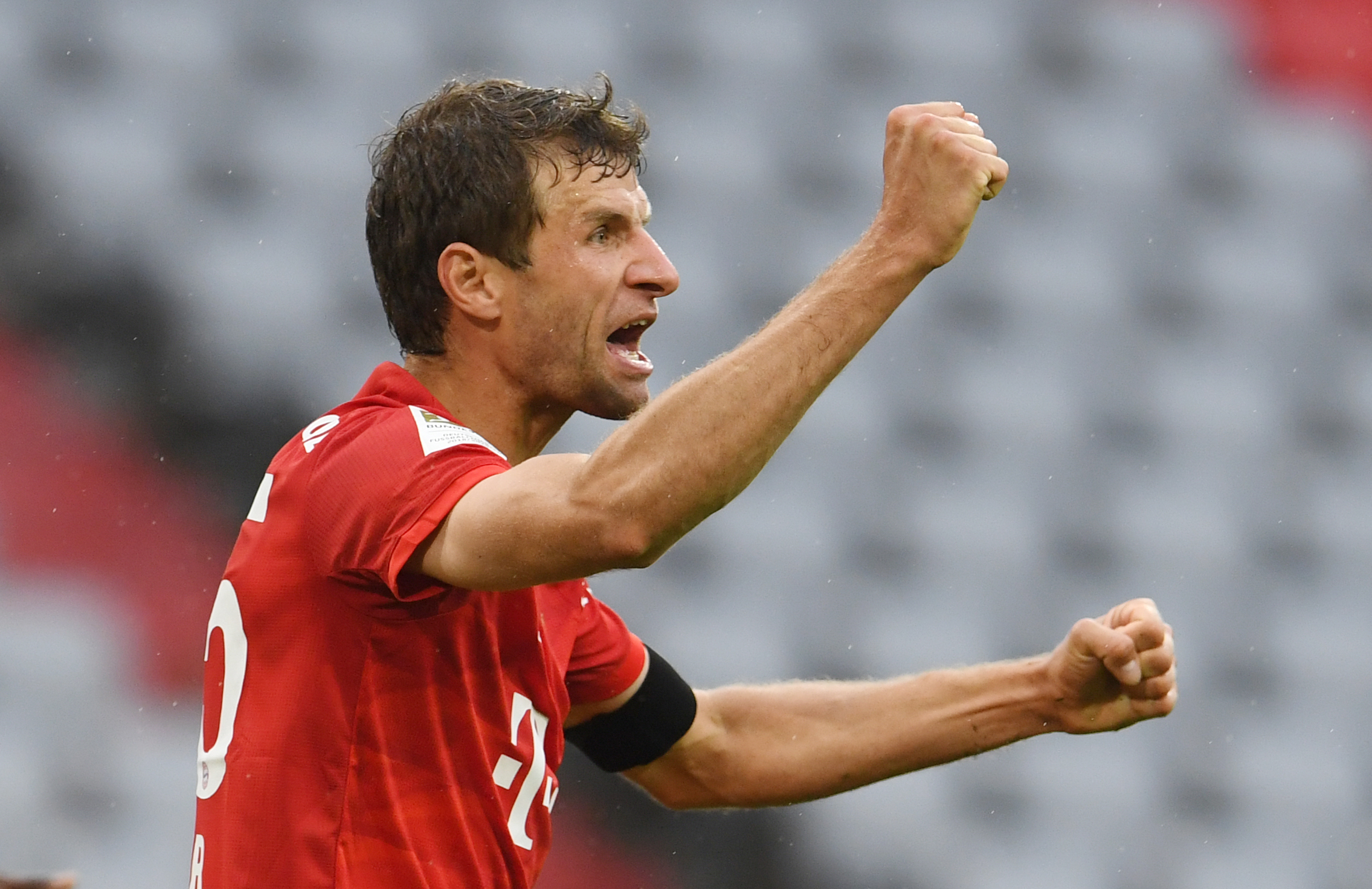 Thomas Muller has emphasised that he is solely focused on the job at hand with Bayern Munich amid the speculation that he could make a comeback to the German national side next year.

Germany manager Joachim Loew took the decision to move on from the trio of Muller, Jerome Boateng and Mats Hummels last year with the view to integrating young players, who can succeed in future tournaments.

However, that has not quite worked out as planned and Germany were recently embarrassed in the Nations League group stage as Spain put six goals past them to seal their finals spot.

As a result, there have been calls for the experienced trio to be reintegrated into the squad, but Muller has emphasised that he is not thinking about a possible recall, as things stand.

He told in an interview with Sky Germany: “That’s a topic that is very far away for me. You can talk about it as much as you like. I’ll stick with it and then we’ll see what happens.”

Muller’s career appeared on the decline during the 2018 World Cup where he could not find the back of the net for Germany en route to their shock group stage elimination.

There were suggestions that he could pursue a fresh challenge away from Bayern thereafter, but he has managed to turn around his fortunes under manager Hansi Flick over the past 12 months.

Flick took charge (initially on an interim basis) from Niko Kovac in November last year and he has since got the best out of Muller, who has played in his preferred second striker position behind Robert Lewandowski.

Under his guidance, Muller registered 12 goals and 21 assists from just 35 appearances in all competitions last term and he has continued to shine this season with nine goals and as many assists from 18 outings.

Muller recently scored a brace in the thrilling 3-3 draw against RB Leipzig at home. His second goal in the 75th minute proved vital in Bayern sharing the spoils and staying top of the table.

The reigning European champions have impressed in their defence of the Bundesliga title with 23 points from their opening 10 games. Still, they have no room for complacency with Bayer Leverkusen just one point behind while Leipzig are two points adrift.