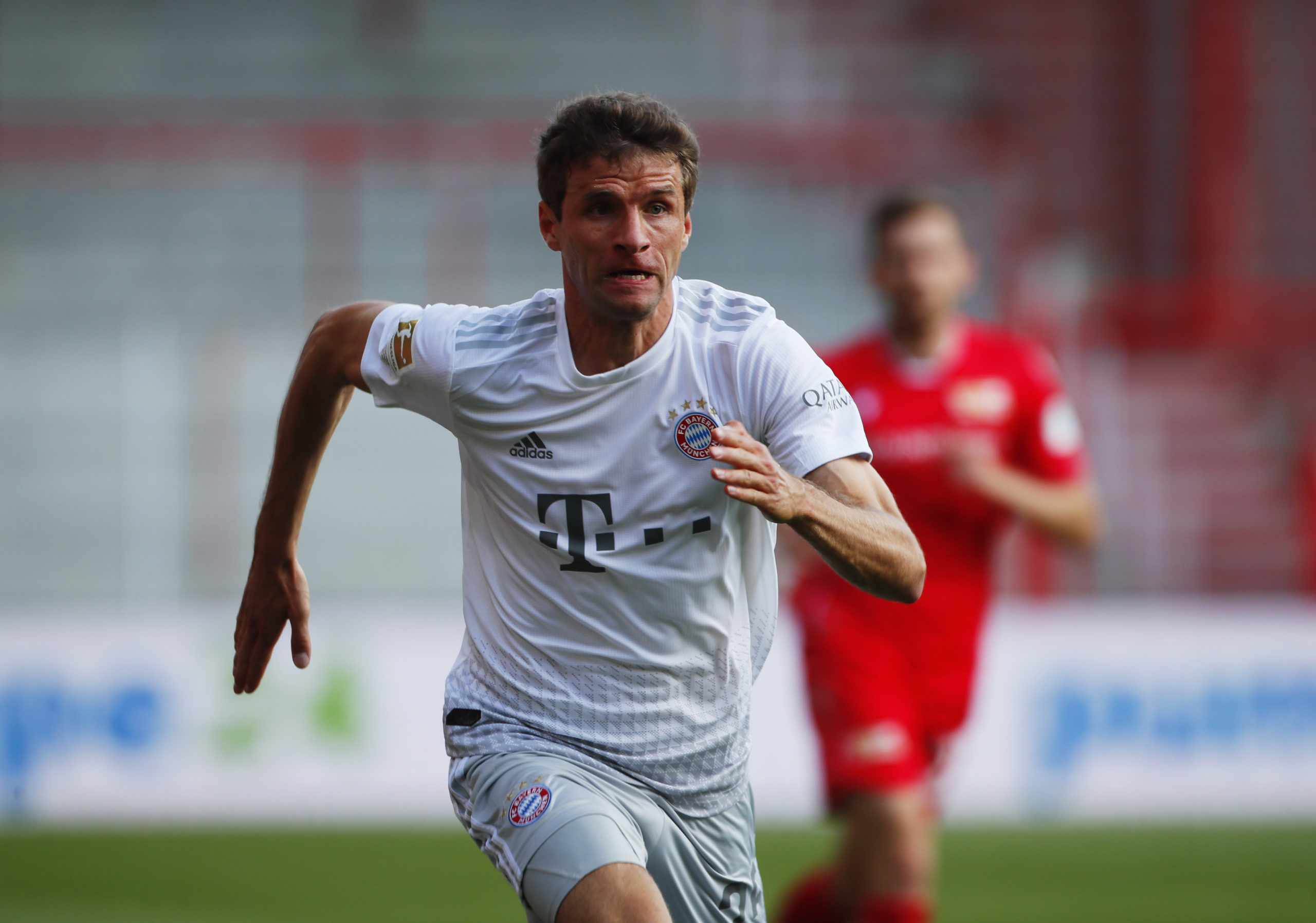 Bayern Munich attacker Thomas Muller officially broke the Bundesliga assist record for a single season during the club’s final game of the league campaign on Saturday.

The Germany international has experienced a splendid revival after a couple of average seasons and he has particularly excelled under manager Hansi Flick, who took charge of the club in November last year.

Prior to the Wolfsburg game yesterday, Muller had matched Kevin de Bruyne’s 20-assist Bundesliga record which was achieved by the Belgian during the 2014/15 season.

There was the anticipation that the 30-year-old would surpass the feat against the Wolves and he managed to do so within the opening five minutes as he laid the pass for Kingsley Coman’s goal.

Bayern went on to win the game by a convincing 4-0 scoreline and Muller capped off the club’s terrific performance with the final goal in the 79th minute, where he was as usual able to find the space in the box to unleash his shot.

Aside from his assists, Muller contributed eight goals during the course of the top-flight campaign as Bayern secured an eighth- straight league title. Across all competitions, he has bagged 12 goals and 25 assists and he will have a key role to play in the club’s quest for a treble.

Bayern will be in action against Bayer Leverkusen in the DFB-Pokal Cup final on July 4. Meanwhile, they are still alive in the Champions League which recommences in early August after an extended break because of the coronavirus pandemic.

The Bavarian giants are yet to play the second leg of their round of 16 clash against Chelsea at home. They should be favourites to win the tie after the 3-0 win over the Blues at Stamford Bridge in the reverse fixture.

UEFA have already announced that the premier competition will be held in Lisbon from the last-eight stage. The quarter finals and semi finals will be one-legged ties played at the home ground of either Benfica or Sporting.