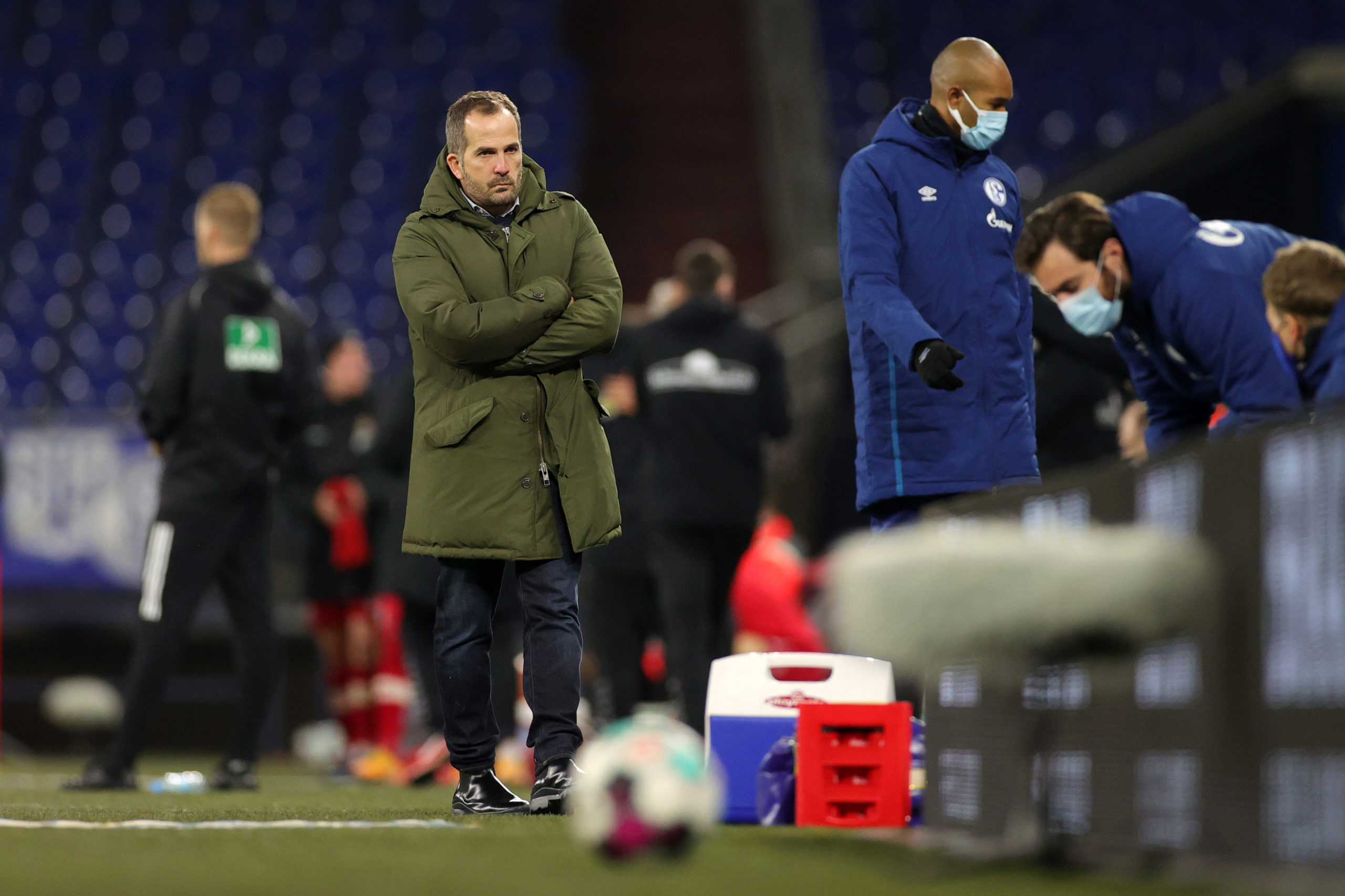 Schalke 04 have parted ways with their second manager of the campaign in Manuel Baum following his failure to end their extended winless streak in the Bundesliga.

The Gelsenkirchen outfit have not picked up a league victory since mid-January against Bayer Leverkusen and they are currently on a club-record winless run of 28 matches in the German top-flight.

They were pretty poor during the backend of the previous season with 16 winless games under manager David Wagner, but the 49-year-old was backed by the hierarchy to keep his role for the 2020/21 campaign.

However, that did not pay dividends as they suffered a humiliating 8-0 league defeat at Bayern Munich in the curtain-raiser which was soon followed by a 3-1 home loss to Werder Bremen.

The results paved the way for the dismissal of Wagner and his replacement in Baum was also unable to erase the club’s dreadful run of form in the Bundesliga this year.

Under Baum, the club went winless for 10 straight games in the league and the recent 2-0 loss to Freiburg at Veltins-Arena proved the nail in the coffin for the former Augsburg boss.

Schalke 04 are currently bottom of the standings with just four points on the board. They are scheduled to host relegation rivals Arminia Bielefield this weekend before ending the year with an away trip to Ulm 1846 in the second round of the DFL Pokal.

The club have recruited club legend Huub Stevens as the interim head coach for those matches. The 67-year-old has previously been in charge of the club on three separate occasions, the first of those being between 1996 and 2002. He is their longest-serving manager with 314 games.

The current Bundesliga winless record stands at 31 games which was set by Tasmania Berlin during the 1965/66 campaign. Schalke are close to the unwanted feat. The fans will be hoping for the traditional ‘manager bounce’ with Stevens back at the helm, albeit on a temporary basis.