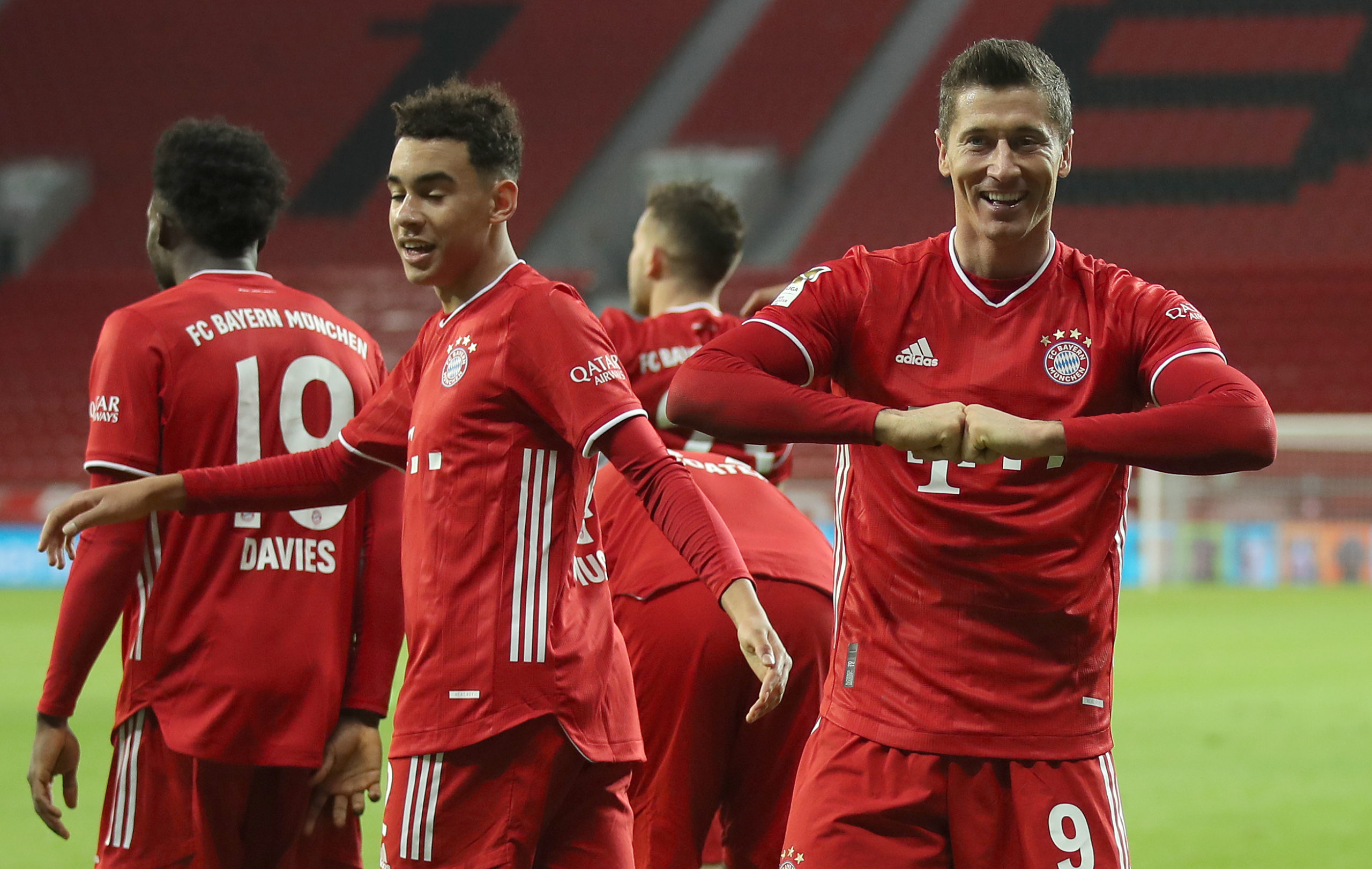 Bayern Munich star Robert Lewandowski has revealed the influence of current Liverpool boss Jurgen Klopp during the early phase of his career at Borussia Dortmund.

The Poland international was a relatively unknown when he first made the move to Dortmund from Legia Poznan and it took him an entire season to find his feet in the German top-flight.

Writing for The Player’s Tribune, the 32-year-old revealed that Klopp had a definitive role in shaping up his career after playing him in different positions including the number 10 role, where he improved his positioning behind the striker.

“It was 2010, and I had been a few months at Borussia Dortmund. Honestly, it was so tough. When I arrived I could barely speak a word of German. I knew danke. Thank you. I knew scheisse. The weather was rainy and grey. And with Klopp, the intensity in training was very, very high,” He wrote.

“That season, I was often coming off the bench. I played more in the second half of the season, but then as a number 10, behind the striker. My favourite position was as a number 9. Still, I have to say thank you to Jürgen for those six months. I learned so much about how to play deeper and how players were supposed to move behind the striker.”

Lewandowski had a relatively average debut season with only nine goals and four assists across all competitions, but he made amends in his second campaign with 30 goals and 12 assists to announce himself at the big stage.

The Pole has shared a fond relationship with Klopp over the years despite no longer working together and he has revealed that the German head coach was a father-like figure as he could share everything with him.

“At the time I didn’t think about it. But now I realise that my conversation with Jürgen was like one of those I wish I could’ve had with my dad. One of those I had not been able to have in many, many years,” He further added.

“I could talk to Jürgen about anything. I could trust him. He is a family man, and he has so much empathy for what goes on in your private life. Jurgen was not only a father figure to me. As a coach, he was like the “bad” teacher. And I mean that in the best sense of the word.”

Klopp guided Dortmund to the Bundesliga crown during the 2010/11 and 2011/12 seasons and Lewandowski played a huge role in the second of those campaigns where he built his reputation.

After a couple of more years, Lewandowski made the switch to Bayern Munich on a free transfer and he has since won the German top-flight title for six seasons on the bounce.

Lewandowski will turn 33 later this year, but he has shown no signs of slowing down and had his best-ever return last term with 55 goals and 10 assists from just 47 appearances in all competitions.

His showing helped Bayern win the Bundesliga, DFB-Pokal Cup and Champions League treble for only the second time in their history, the previous one being in 2012/13.

The striker recently earned recognition of being the best player in the world by FIFA and it was unfortunate that he could not win the Ballon d’Or prize after the award ceremony was cancelled due to COVID-19.

Meanwhile, Klopp parted ways with Dortmund in 2015 and he was shortly appointed the manager of Liverpool. After a couple of testing years, the Reds managed to end their seven-year trophy drought by winning the 2019 Champions League final.

That was followed up by a maiden Premier League trophy last term, which ended their three-decade long wait for the English crown. Klopp’s side have not been at their vintage best this term, but they are still top of the league, as things stand.