Late Action as Augsburg Settle for a Draw Against Köln

Augsburg hosted Köln, with both sides looking for points to elevate themselves away from the battle at the bottom. 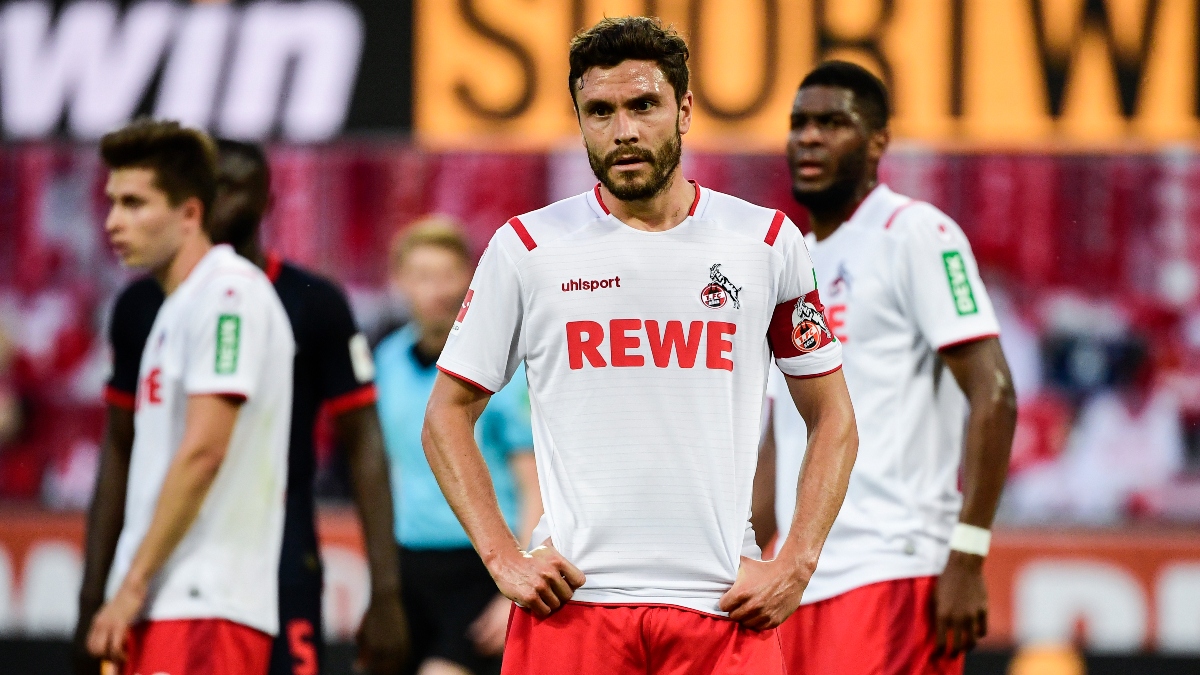 Köln were pinned in their own half by Augsburg for the first 20 minutes, as the hosts earned a ton of set-pieces.

Horn brought Sarenren Bazee down in the penalty area, and Augsburg were awarded a penalty. Niederlechner smashed it, but Horn got a hand to it and sent it over the bar, making up for his mistake.

Horn and Niederlechner faced each other once again, when Niederlechner was through on goal, but his thumping volley was saved yet again by the shot-stopper.

The Billy Goats were far better in the second half though, and eventually went ahead, when the substitute, Modeste thumped a volley into the far corner in the 85th minute.

But Augsburg would not take a defeat after being the better side, and only 3 minutes later, Max popped up on the end of Framberger’s cross, and guided it past the distraught Horn.

So, the relegation six-pointer ended in a 1-1 draw.

Sarenren Bazee vs Schmitz – The attacker completely outpaced and outskilled his opponent, so much so that Schmitz was very close to seeing red, and subsequently withdrawn in the 27th minute.

Andreas Luthe – Didn’t have too much to do, but made a few very important saves. 6.75.

Raphael Framberger – He was decent down the right, but let Jakobs go at times. Was good in attack though, as he set up his side’s goal. 6.75.

Tin Jedvaj – Was strong defensively, as he prevented Córdoba from doing too much aerially. Had a few attacking headers as well. 7.

Felix Uduokhai – Supported Jedvaj well, as he swept up the second balls. 6.75.

Philipp Max – His set-piece deliveries were great, and he was brilliant down the left overall. Got a very important goal too. 7.75.

Carlos Gruezo – Battled hard in holding midfield, as he made challenges everywhere. 6.75.

Marco Richter – Decent in midfield, as he supported Gruezo in the middle of the park. 6.5.

Noah Joel Sarenren Bazee – Made an absolute nuisance of himself down the right because of his pace, and even won a penalty. 7.

Ruben Vargas – Threatened down the left early on, but he failed to make too much happen thereafter. 6.

Florian Niederlechner – Worked hard up ahead, and held the ball up well. Probably should have done better to convert the penalty. Had a few other chances too, but he didn’t take any of them. 6.

Timo Horn – Made a lot of great saves, but gave away a needless penalty. He rectified his error though, as he saved the penalty. Made more saves after that too. 7.25.

Kingsley Ehizibue – Alright on the right side, as he did well to keep Vargas in check for most of the time. 6.5.

Rafael Czichos – Extremely strong in defence, as he kept Niederlechner in check. 7.

Benno Schmitz – Not a great match for him. Almost got sent off, as Sarenren Bazee made him look like a middle-schooler. Was rightly subbed off in the 27th minute. 3.25.

Ellyes Skhiri – Didn’t have the best match, as he wasn’t able to involve himself in much. 4.

Jonas Hector – Decent in midfield, but failed to do much going forward. 4.75.

Florian Kainz – Wasn’t involved early on, but grew into the game. His crosses and set-piece deliveries were very threatening. 6.25.

Mark Uth – Didn’t see too much of the ball, and whenever he did, his passing was very loose. 4.25.

Ismail Jakobs – Had a few good spells in the match, and had one or two decent chances too, but he failed to take them. Did well to set up the opener, though. 6.75.

Jhon Córdoba – Worked his socks off as he always does, with brilliant hold-up play. But, he failed to show himself in front of goal. 7.

Marco Höger – Battled hard since he came on at half time. 6.5.

Anthony Modeste – The super-sub did his job yet again, as he got a brilliant goal off the bench. 6.75.

Team – Köln were second best yet again, but they still managed to pull a draw out of the bag. In fact, they even led for a couple of minutes. Even though the football they play isn’t too glamorous, they manage to get the results time and again. That being said, they are winless since the restart, and won’t mind 3 points to take themselves clear of the relegation battle. 6.25.

Benjamin Cortus had one or two tough calls to make, but he got most of them right. 7.5.

Augsburg move up to 13th place, and have a buffer of 4 points to the relegation play-off spot. They will also be playing 2 of the 5 teams below them, so their fate is certainly in their hands.

Köln are 3 points and one place ahead of Die Fuggerstädter, and are most probably safe, unless some seismic events occur in the last 4 matchdays.