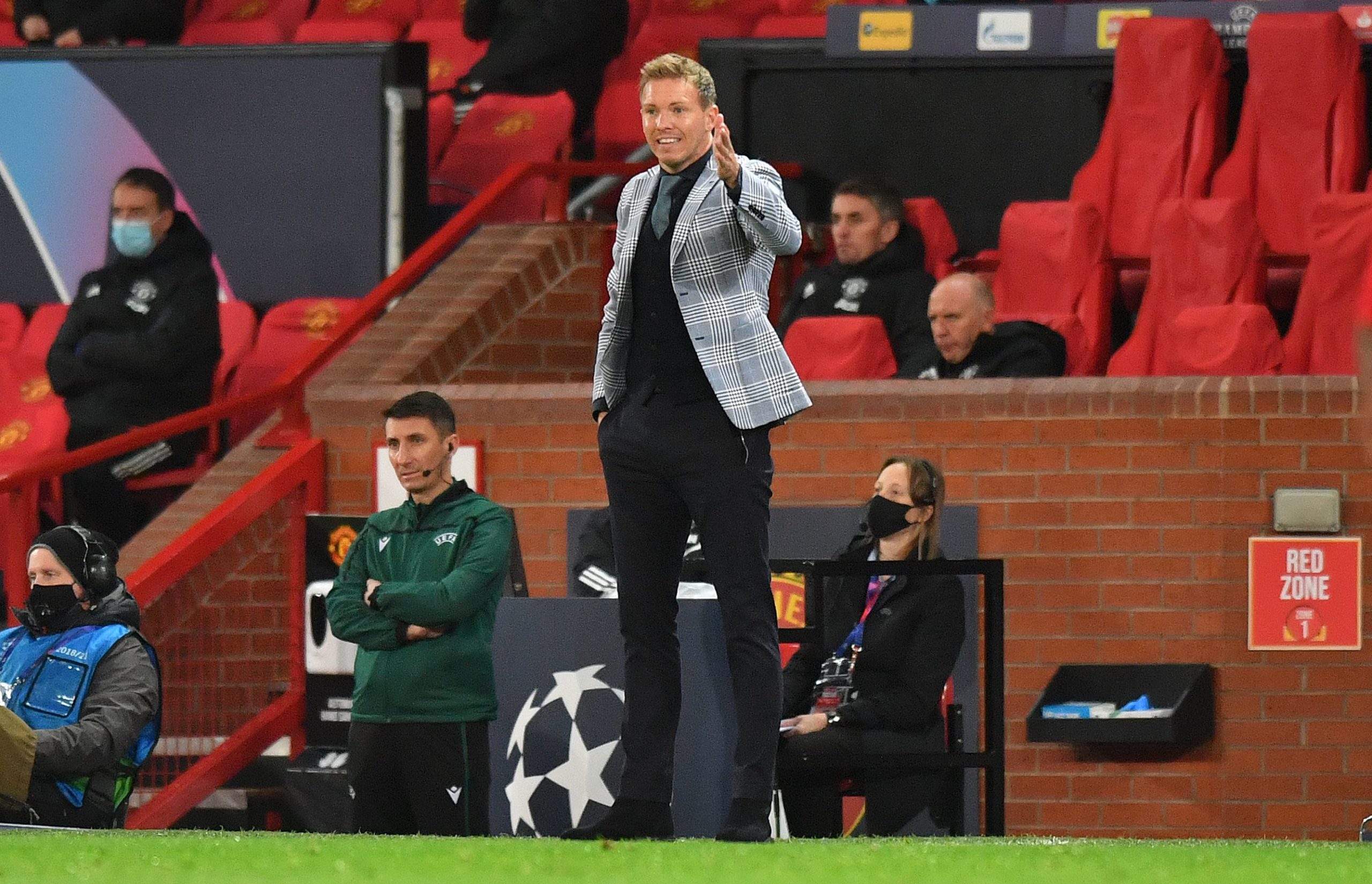 RB Leipzig manager Julian Nagelsmann has said that the 5-0 Champions League defeat to Manchester United is a tough one to take as his team were in the contest for most part of the game.

Leipzig went into the group stage clash at Old Trafford on an eight-match unbeaten run across all competitions and it was anticipated that it could be a tight contest.

That was definitely the case for more than 70 minutes of the encounter where Leipzig were trailing the Red Devils by the solitary goal scored by Mason Greenwood in the 21st minute.

However, they defensively lost the plot thereafter and that saw the hosts score on four more occasions before the full-time whistle. Marcus Rashford stood out with a superb hat-trick off the bench while Anthony Martial also netted from the penalty spot.

It was Leipzig’s first defeat in any competition since they were beaten 3-0 by Paris Saint-Germain in the semi-final stage of the Champions League in Lisbon last term.

Speaking after the game, Nagelsmann acknowledged that his team didn’t deserve to lose by a heavy margin, but they only have themselves to blame after some languid defending during the final quarter of the clash.

“That was a tough one to take. Of course, a result like that doesn’t feel good. The scoreline was much too high. We played well in the first half, but weren’t great in the final third,” He told.

“After the second goal, we stopped defending – that’s the only criticism I can make of the boys. We paid the price. Aside from the last 20 minutes, our performance wasn’t too bad.”

With the defeat, Leipzig have dropped to third in Group H behind Paris Saint-Germain with an inferior goal difference. They are scheduled to face Les Parisiens home and away in their next two European matches.

Leipzig, who are currently top of the Bundesliga, are scheduled to host Les Parisiens at the Red Bull Arena before the international break and the game could have a huge influence in deciding the group.

The club already have a minus four goal difference over Les Parisiens with the same points (3) and another defeat by a two or three-goal margin could make it difficult for them to turn things around to qualify for the knock-out phase.

Prior to that, however, they need to focus on the weekend’s trip to Borussia Monchengladbach. Leipzig have had an excellent record against their counterparts and they have not suffered a defeat in their eight meetings with five wins and three draws.

Still, the game won’t be straightforward, particularly after Monchengladbach coming off an impressive 2-2 draw against Real Madrid. Marco Rose’s side were on course for a stunning win, but they squandered their two-goal advantage after the 87th minute.