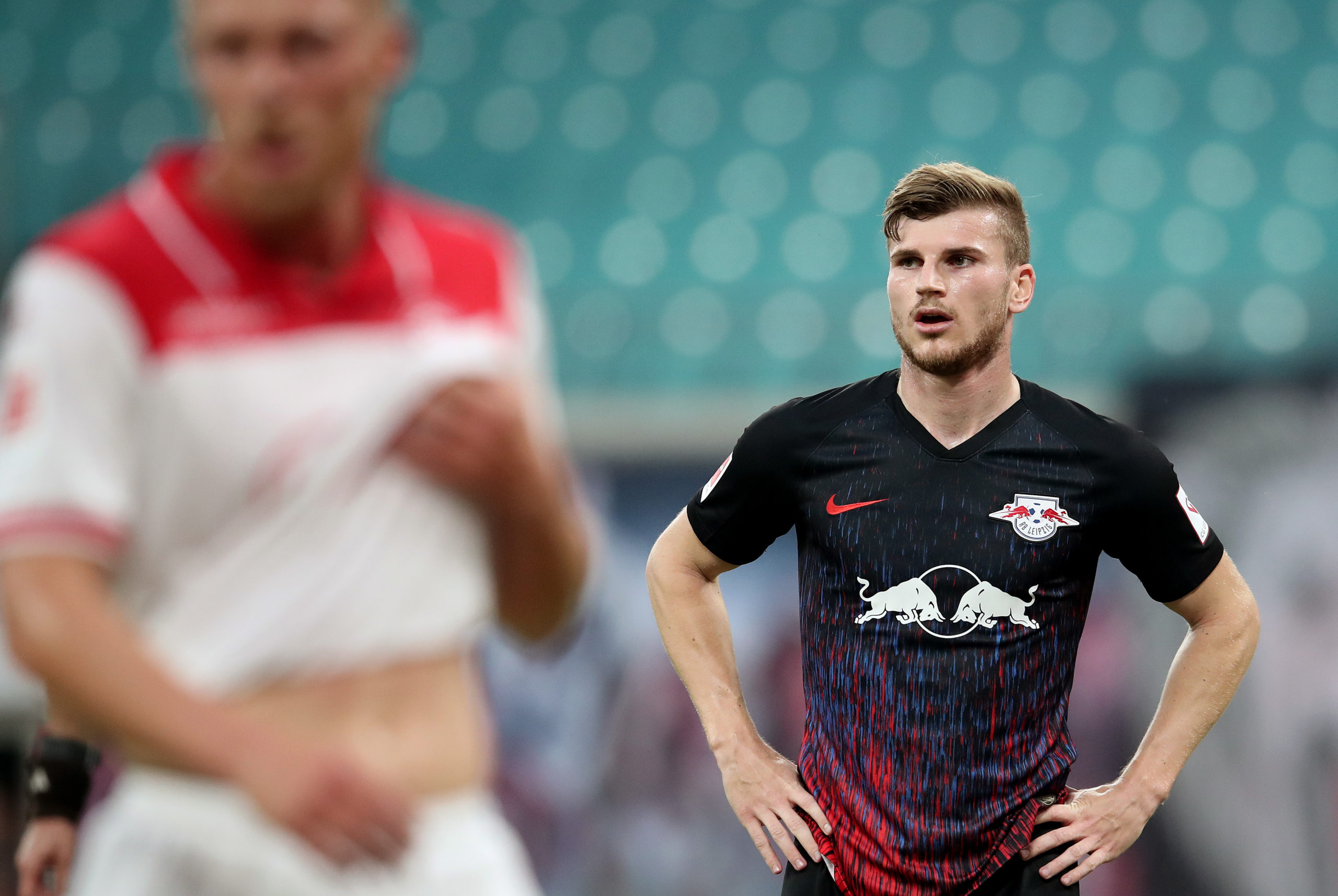 RB Leipzig manager Julian Nagelsmann has insisted that Timo Werner remains in the club’s plans for the Champions League campaign which resumes in August.

The German outfit are currently on the verge of completing their Bundesliga season and they are thereafter expected to have a six-week interval before their European campaign restarts.

UEFA have recently confirmed that the quarter final stage of the elite competition will be held between August 12 and 15, but Leipzig don’t know their opponents yet.

In a recent press conference, Nagelsmann was asked whether Werner could feature for the club in the last-eight stage of the Champions League amid reports that he is keen on joining Chelsea as soon as the league season concludes.

His response was quite clear as he talked up the German’s importance to the team and revealed that the forward has not put pen-to-paper on a contract with any another club.

“He is currently, as usual, in my plans to play the Champions League. He is our player and has not signed for anyone else. His importance to RB Leipzig is extraordinary. He has an incredibly good goalscoring rate, which you always hope for from a striker,” He told.

Werner has been in stunning form for Leipzig over the course of the season and he has bagged 32 goals and 13 assists from just 43 appearances across all competitions.

He scored with a sublime curling effort against Fortuna Dusseldorf on Wednesday night, but the game ended in disappointment as Leipzig squandered a 2-0 advantage to draw 2-2 in the final five minutes.

Leipzig remain third on the table with 63 points and they require another two points from the final two games of the season to qualify for next season’s Champions League.

Meanwhile, there were previously suggestions that Werner could be eligible to play for Chelsea in the Champions League, suppose he makes the switch at the end of June, but that possibility has been ruled out by UEFA.

UEFA have permitted a maximum of three player changes to the 25-man squad for the knockout stage. However, they have clearly stated that newly-signed players can’t be registered for the remainder of the season.