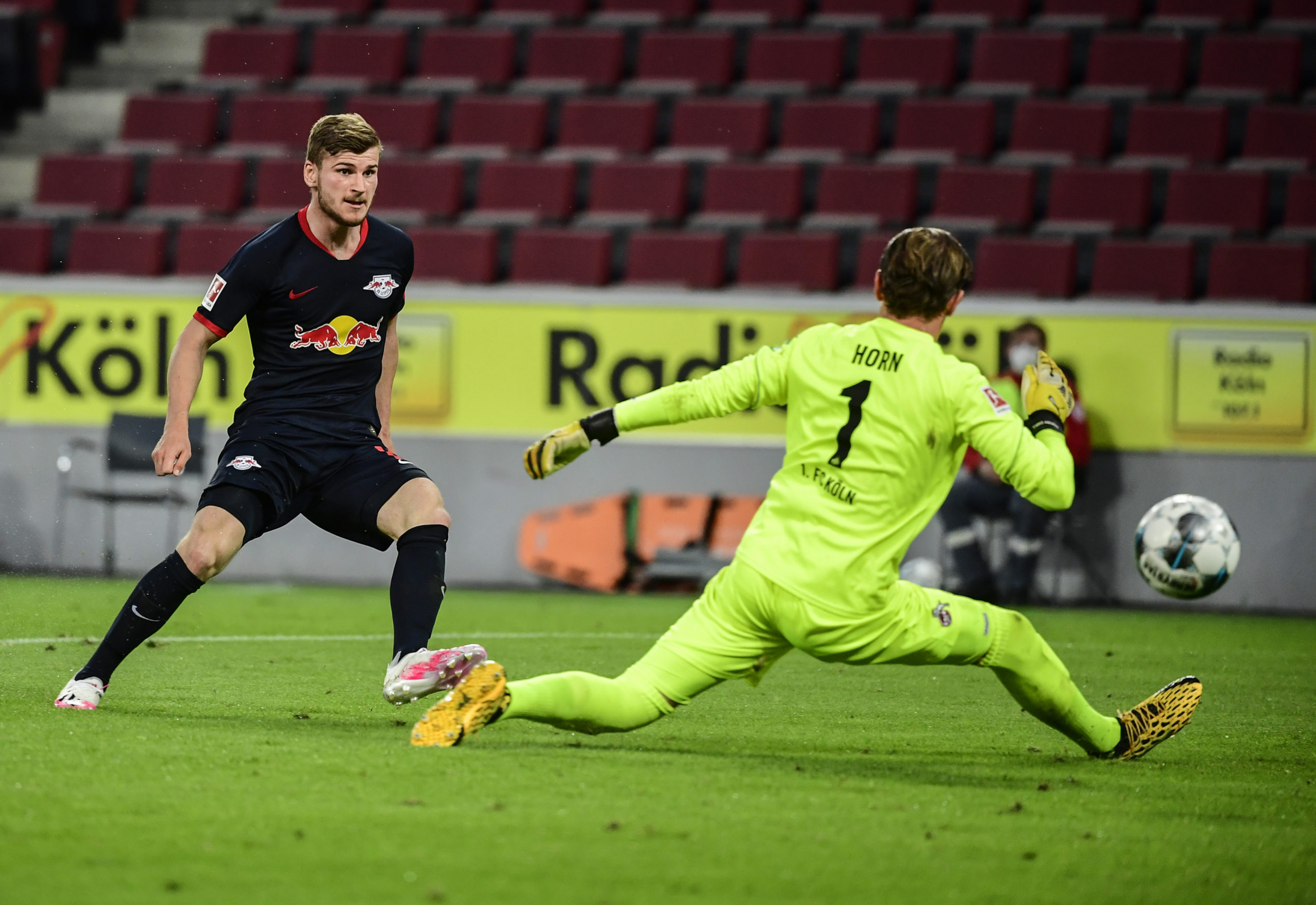 RB Leipzig manager Julian Nagelsmann has hinted that Timo Werner could be on the move during the summer after stating that the club can do nothing to convince the player to stay.

The Germany international bagged his 31st goal of the campaign during the 4-2 league win at Koln on Monday and that sees Leipzig maintain their pursuit of Champions League football in the third spot.

Speaking after the game, Nagelsmann said that Werner knows that he is hugely valued by the Bundesliga outfit, but the club may not be able to keep him unless he shows the desire to continue with them.

“There is nothing we can do about it. He knows what he has in Leipzig and also what he has with me. I show him that — he gets many chances to develop himself,” He told in the post-match notes via The Mirror.

“A player has to feel that he can get better. If he doesn’t feel that, it wouldn’t do any good if I kept on telling him to stay here. I can’t think of anything new to say to Timo.”

Werner has been with Leipzig for nearly four seasons and during this period, he has been their undisputed choice to lead the attack under different head coaches.

Nagelsmann has definitely got the best out of him this term with 12 assists in addition to his 31 goals in all competitions, but it has come to the point where the 24-year-old is potentially eyeing title success.

Hence, it won’t come as a surprise, if he heads through the exit door and it remains to be seen whether Liverpool, who are his preferred club, are prepared to make an approach to sign him during the summer.

Reds boss Jurgen Klopp has spoken regularly with Werner in recent months but a deal appears uncertain with the Merseyside outfit reluctant to pay more than £30m for his signature amid the financial impact of the coronavirus pandemic.

Leipzig, on the other hand, want the player’s £52.7m release clause to be triggered and the Premier League leaders may need to act before June 15 or else the option will expire.

The Athletic has previously claimed that Werner could remain with Leipzig for another 12 months, suppose the Reds don’t make a genuine attempt to sign him this summer.

The German club would undoubtedly be delighted with such a decision from Werner but as things stand, the uncertainty over the forward’s future remains.