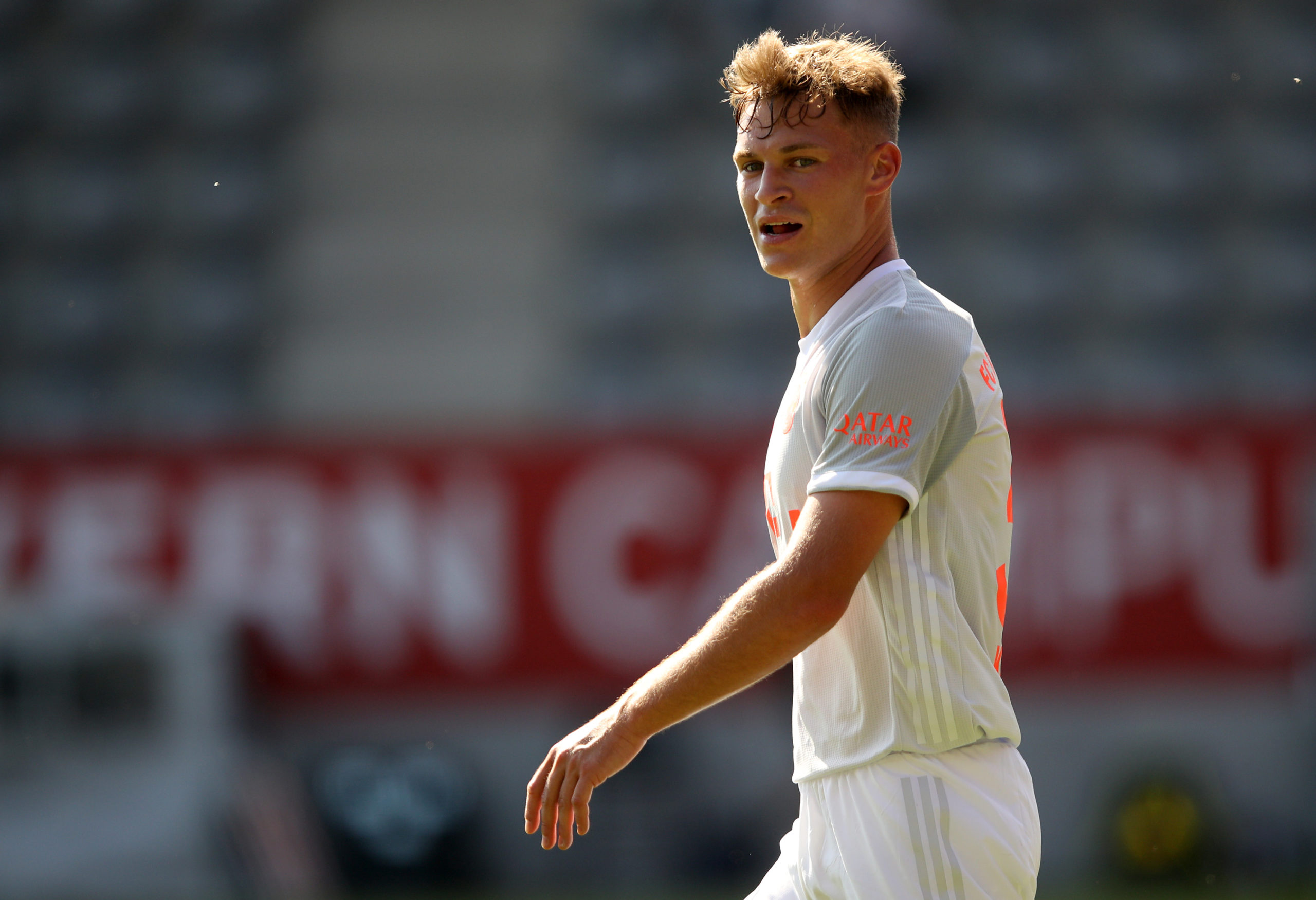 The German has been in exceptional form for the Bavarian giants this term and he has already contributed three goals and seven assists from 11 appearances, all of which have come from the defensive midfield role.

Kimmich had gone into the Dortmund game, having scored the winner in the previous two meetings, but he could make any goalscoring contributions as he was substituted early in the game.

The 25-year-old injured his right knee while fouling Erling Braut Haaland in the 35 minute. He was instantly grimacing in pain and was eventually helped off the playing field.

Following the victory at Signal Iduna Park, manager Hansi Flick refused to speculate on the nature of the injury, but it could be a huge blow for club and country, suppose he is out for a lengthy period of time.

Kimmich has been named in the Germany squad, but the setback could see him miss the friendly against Czech Republic as well as crucial Nations League games against Ukraine and Spain.

The 2014 World Cup winners have been pretty vulnerable at the back in recent years and the absence of Kimmich will elude them from the presence of a world-class defensive midfielder.

It will be interesting to see how they cope with the potential void. Germany have a dreadful record in the Nations League and they have won just one of their eight matches in the history of the competition.

Meanwhile, with the departure of Thiago Alcantara over the summer, Kimmich has been Bayern’s assurance in front of the central defence with his ability to make key tackles and nullify the opposite threat.

He has also been Bayern’s main creative force with his exceptional passing range which has already contributed to him providing seven assists for his teammates. No one else has managed more this term.

The next few days should give a clear clarity over the extent of Kimmich’s injury. Both Flick and German head coach Joachim Loew will be hoping that the midfielder has not suffered any long-term setback.