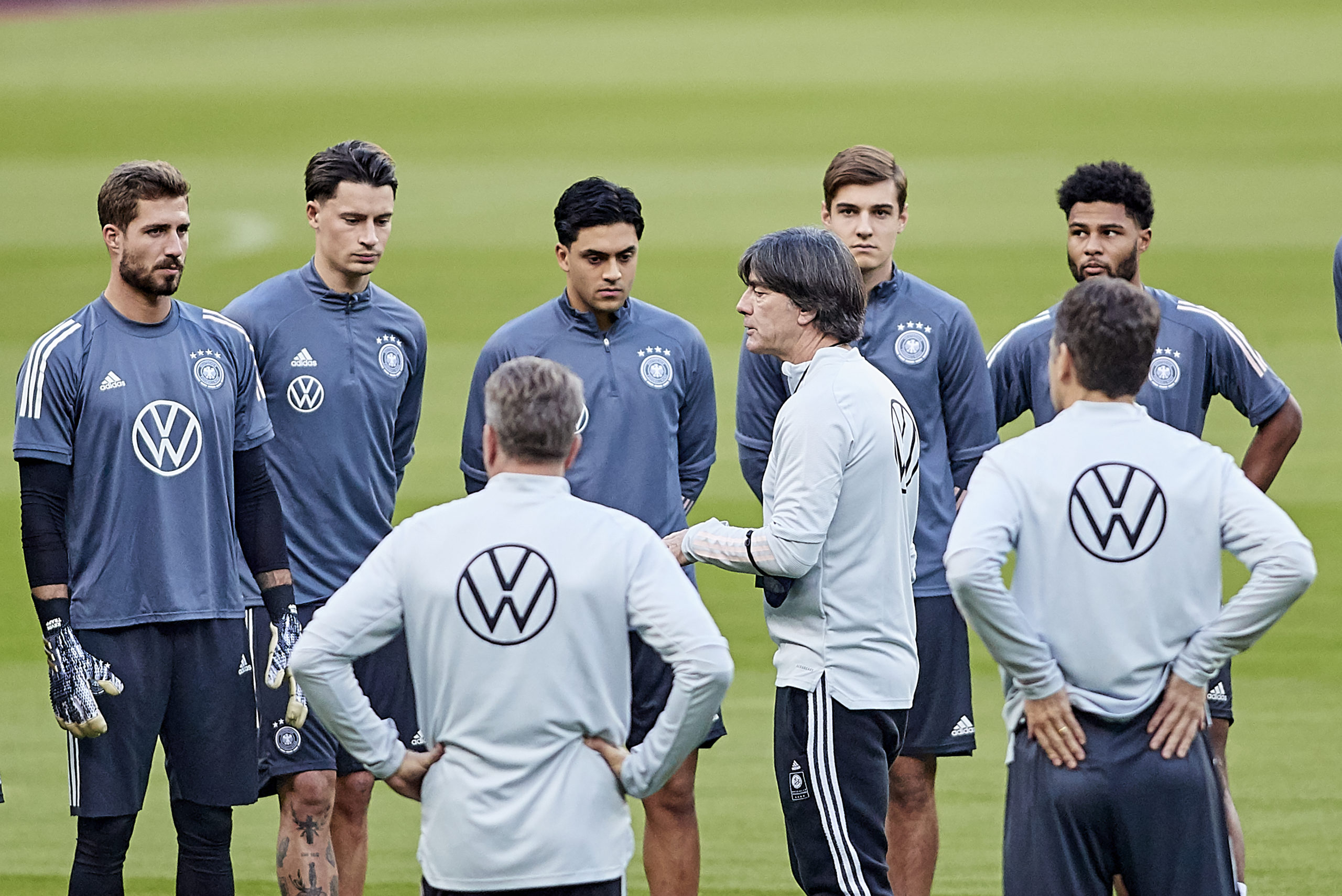 Germany head coach Joachim Loew has provided an update on Niklas Sule and Benjamin Henrichs ahead of Tuesday’s Nations League clash against Spain on the road.

Sule recently joined the squad after completing his quarantine for the coronavirus and he played through the entire 90 minutes of the 3-1 win over Ukraine.

On the other hand, Henrichs did not take any part against Andriy Shevchenko’s side due to a patellar tendon injury and that saw Matthias Ginter make a rare appearance in the right-back role.

Ahead of tomorrow’s clash against Spain, Loew has revealed that Sule suffered a minor injury setback, but he should be able to train ahead of their final Nations League group stage game.

Meanwhile, Loew confirmed that Henrichs is available for selection once again and added that Philipp Max will earn his third consecutive cap for Germany while retaining his starting spot.

“We will have to see how Niklas Süle trains. He was recently in quarantine and had been out injured for a long time before that. He had some slight issues after the Ukraine game but will be able to train today,” He told via DFB’s official website.

“Benjamin Henrichs is available – he trained on Friday and is ready to play. He’s an important player for us because he can play on both sides.

“Philipp Max will start again against Spain, even though he’s had a heavy run of games recently. We’ll therefore need to see if he can last the full 90 minutes.”

Germany have endured a tough time in the Nations League and their victory over Ukraine over the weekend was only their second in the continental competition from nine matches.

That has, however, been sufficient to send them top of League A Group 4 after Spain settled for a frustrating 1-1 draw against Switzerland, where captain Sergio Ramos squandered two penalties.

As things stand, Germany have a one-point lead over La Roja ahead of Tuesday’s clash in Seville. They will secure their berth in the Nations League finals so long as they avoid a defeat against Luis Enrique’s side.

That is easier said than done and Loew will be hoping that the forwards can continue their good run of scoring form, particularly with their defensive record far from impressive.

Germany have not kept a clean sheet in the Nations League in eight attempts. Their only shutout came during their inaugural game in the competition in 2018 which finished 0-0 against France.