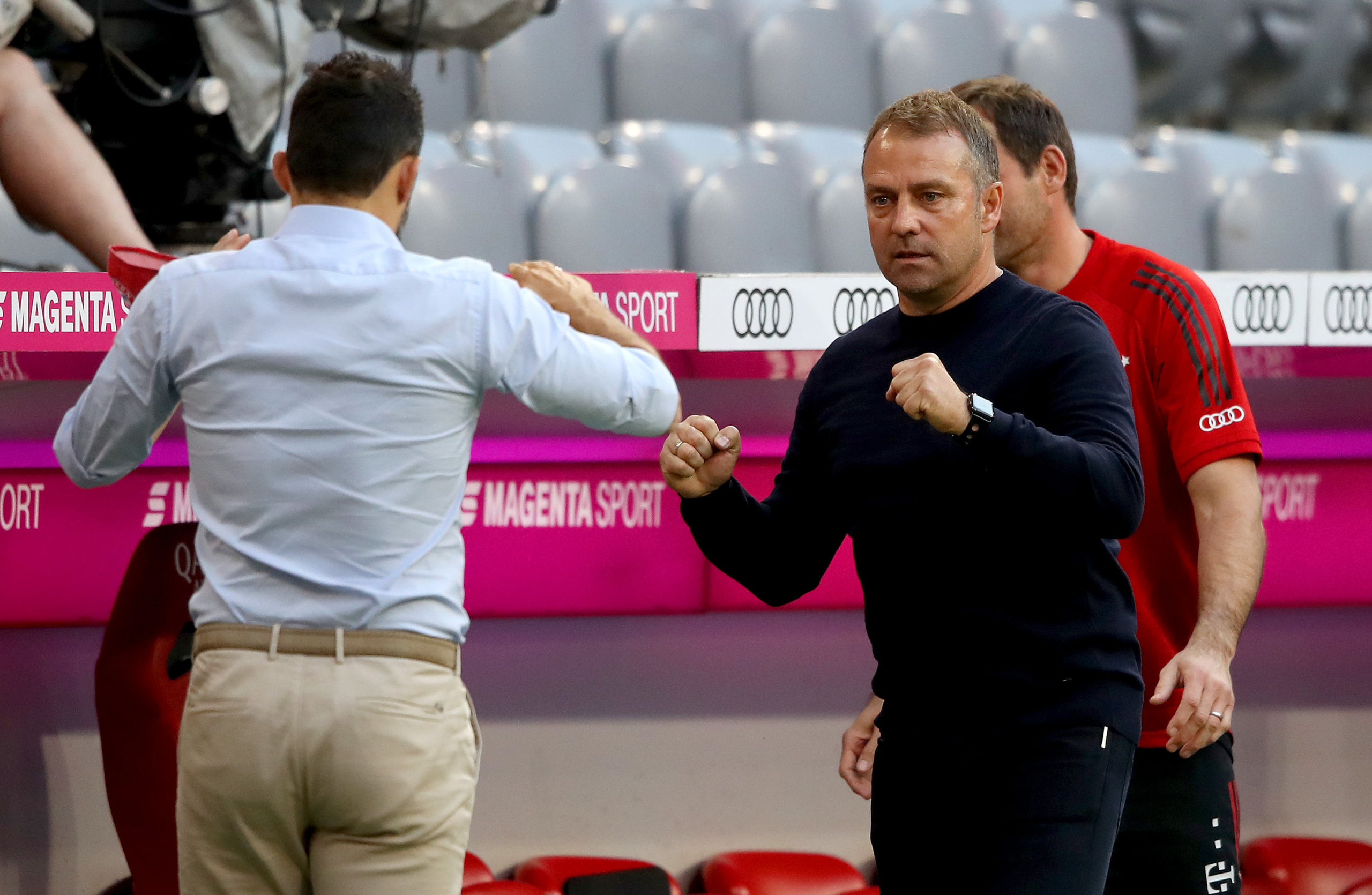 Bayern Munich manager Hansi Flick is eager to win his maiden Bundesliga title as a head coach when his team face Werder Bremen on the road on Tuesday night.

The Bavarian giants have been in superb form since mid-December and they have dropped points in just one league game against RB Leipzig during this period which ended in a goalless draw.

They have resumed their league action after a two-month lockdown last month with a four-point advantage over Borussia Dortmund and that lead has been extended to seven with just three games to play.

Bayern are currently just one win away from securing an eighth-straight German top-flight title and Flick wants the players to finish the job in Bremen on Tuesday night.

“In Bremen, we want to play just the way we have in the past few weeks, with dynamism and intensity. We want the three points. That would make us champions, which is even better,” He told in a press conference.

“Werder Bremen will try and make the channels narrow. Their players are fast and sharp and switch quickly. But we’re focused on ourselves. We want to finish the job on Tuesday. It’s in our hands.”

Bremen have been lying in the relegation zone for most of the season but they will go into the Bayern game with confidence after the 5-1 win over bottom-placed Paderborn.

Florian Kohfeldt’s side were five points behind Fortuna Dusseldorf for the relegation play-off spot in March, but they have managed to cut the gap and are just goal difference behind their rivals in the survival race.

Against Bayern, Bremen have a difficult task at hand to get anything out of the game, given they have failed to pick up a single point against the reigning champions since the 2010/11 Bundesliga campaign.

With the return of Robert Lewandowski and Thomas Muller after their respective one-match bans, Bayern are definitely well placed to register a 11th-straight league win to celebrate a record-extending 30th title.