Hansi Flick confirms Bayern Munich midfielder has undergone groin surgery, will be out for three weeks 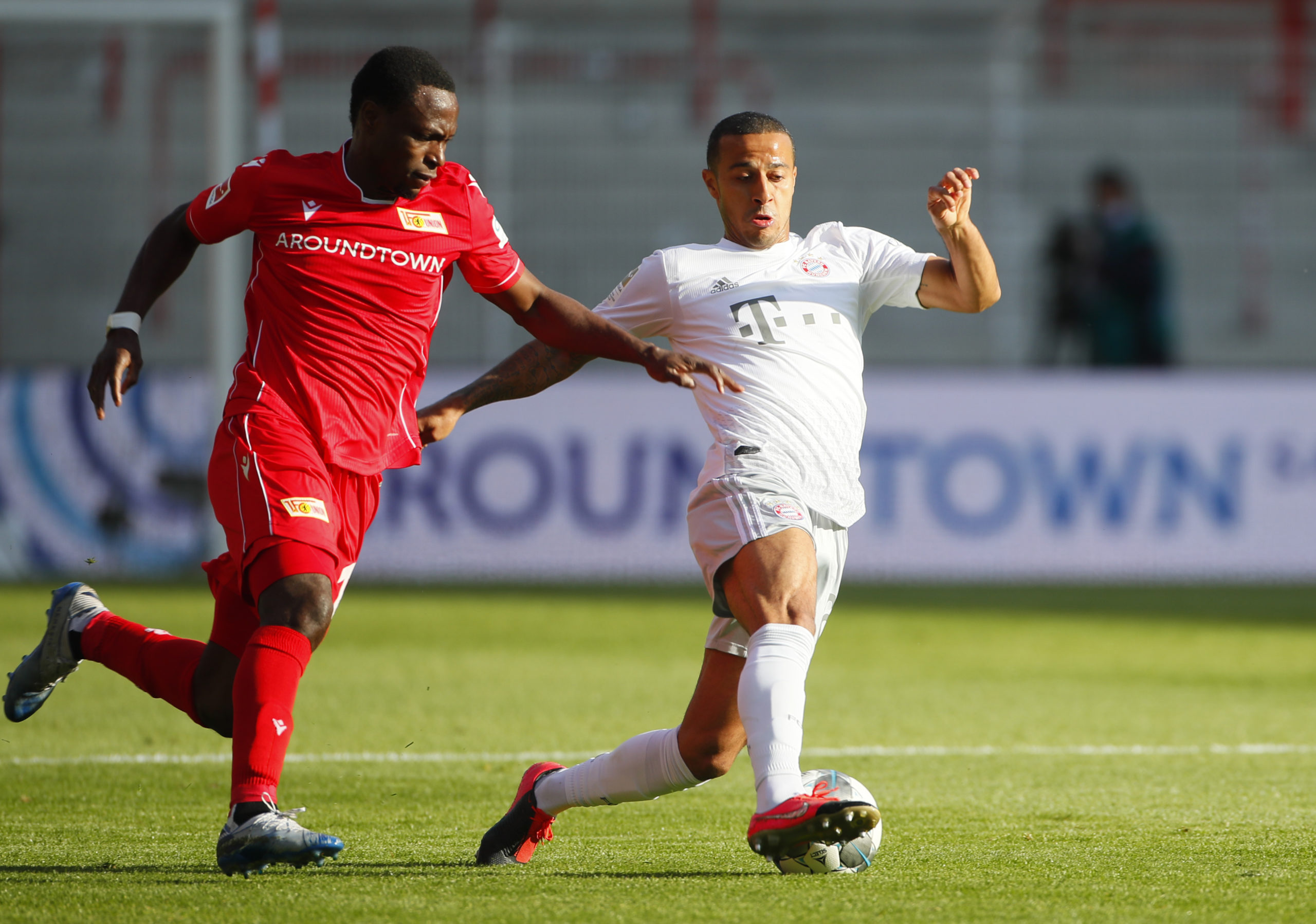 Bayern Munich manager Hansi Flick has confirmed that midfielder Thiago Silva will be ruled out for the remainder of the Bundesliga campaign after undergoing an operation for a long-standing groin problem.

The Spain international played only 29 minutes of the DFB Pokal Cup semi-final clash against Eintracht Frankfurt on Wednesday night where Bayern won by a 2-1 scoreline.

During his cameo off the bench, Thiago was involved in a collision with the advertising boarding after he was shoved by defender Martin Hinteregger and that may have contributed to him aggravating his groin injury.

Speaking in a press conference, Flick confirmed that the 29-year-old will be sidelined for at least three weeks following a surgery, but he could recover in time for the Cup final against Bayer Leverkusen on July 4.

“Due to the groin injury, Thiago was having problems in other areas from time to time. After the bodycheck he received against Frankfurt, the time came to deal with the situation. He’ll be out for approximately the next three weeks. He might be available again for the cup final,” He told.

Thiago has been a key player for the Bavarian giants in the centre of the park and he has made 35 appearances across all competitions during the current campaign.

Bayern are scheduled to host Borussia Monchengladbach in the forthcoming league encounter and they are expected to play with a depleted squad.

Aside from Thiago, Robert Lewandowski and Thomas Muller won’t be available for the game as they will serve a one-match suspension after picking up their fifth yellow cards of the league season against Bayer Leverkusen last weekend.

Meanwhile, Philippe Coutinho, Niklas Sule and Corentin Tolisso are currently unavailable due to fitness issues after undergoing surgeries for their respective injury setbacks.

Serge Gnabry missed the Cup encounter in midweek with a back injury, but he is likely to return to the matchday squad after being involved in first-team training.

Bayern are currently seven points ahead of Borussia Dortmund at the top of the league standings. They need a maximum of six points from the remaining four games to win an eighth-straight league title.

Of course, they could lift the Bundesliga crown with a win against Monchengladbach on Saturday evening, suppose Dortmund suffer a defeat on the road to Fortuna Dusseldorf, earlier in the same day.