Can Helps Dortmund Hobble Past Hertha

Dortmund welcomed Hertha to the Signal Iduna Park, looking to bring the deficit at the top back down to 7 points. 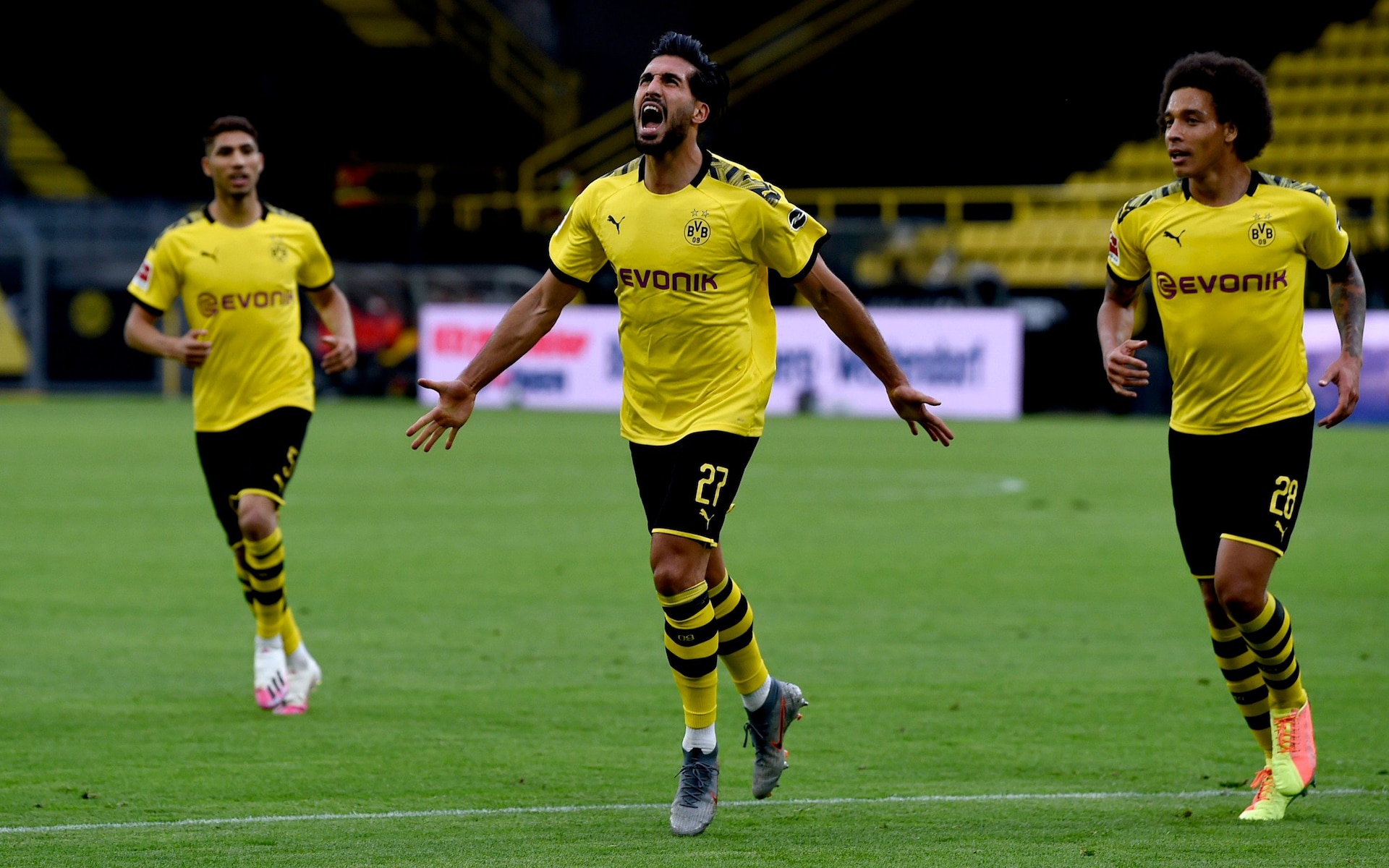 Dortmund were by far the better team in the first half, as they created lots of chances, but failed to convert, and had no shots on target in the end.

By the 50th minute, each of the Dortmund front 3 had a massive chance, but all of them failed to hit the target.

Eventually, in the 57th minute, Brandt headed the ball down for Can on the edge of the box, and the stand-in centre-back calmly slotted it home.

After a cagey affair, it ended 1-0 to Borussia Dortmund.

Dortmund sported their trademark 3-4-3, and looked to pass their way through Hertha.

But the capital side were set up to be very compact – closing down spaces very quickly, and making it difficult for the hosts to play through them.

Roman Bürki – Largely a spectator for most of the match, but he got a clean sheet so you can’t complain about it. 6.5.

Emre Can – Pushed fairly high for a centre-back,and almost lost the ball dangerously a couple of times. But he got his reward when he scored. 7.

Manuel Akanji – He was very good on the ball – his control and distribution were great. 7.

Achraf Hakimi – Patrolled the right flank as always, but his crosses were not very precise. 6.5.

Thomas Delaney – Made lots of massive challenges, as he fought valiantly in midfield. 6.75.

Raphaël Guerreiro – Very lively down the left, as he burst forward very often. But he failed to create any threatening chances. 6.5.

Jadon Sancho – Most threatening of the Dortmund front 3, as he appeared on either flank, causing lots of problems with his dancing feet. Had two massive chances, and should have taken at least one of them. 6.75.

Thorgan Hazard – Failed to have a large impact up front, but had a couple of chances, which he failed to take. 5.75.

Julian Brandt – Dropped deep to help his side’s attacks, and though his passing went astray often, he did get an assist for Can’s goal. 6.

Giovanni Reyna – Good down the right, as he made a few threatening runs. 6.5.

Team – It was not the most convincing display from Dortmund, as they created few chances, and had very little to speak of in terms of shots on target. Their front 3 were not clinical either, but luckily they had unlikely backup in the form of Can, whose goal settled the match. Overall, they failed to break Hertha down, but were strong enough defensively to deserve the win. 6.75.

Rune Jarstein – Made lots of crucial saves, but couldn’t get a clean sheet despite that. 7.

Peter Pekarík – Did well defensively, and made a few threatening runs up the right flank as well. 6.75.

Dedryck Boyata – Yet another commanding defensive display from the Dutchman. Did not put a foot wrong as he made runs, challenges, passes, clearances – everything you can imagine. 8.

Jordan Torunarigha – Solid in defence, as he made lots of important tackles. 7.5.

Maximilian Mittelstädt – Brilliant down the left, as he made lots of recoveries, and did well to prevent Hakimi from running riot. Forayed forward as well. 7.25.

Per Ciljan Skjelbred – Outstanding in defensive midfield, as he closed down spaces, and made lots of crucial challenges. 7.5.

Marko Grujić – Battled very hard in midfield, as he prevented Dortmund from playing through his side’s midfield. Covered every single blade of grass on that pitch. 7.75.

Dodi Lukebakio – Helped a lot in defence, but he failed to affect the game on the sharp end. Perhaps was carrying a knock. 5.5.

Vladimír Darida – Worked hard to make things happen for his side, but failed to create anything substantial. 5.75.

Javairô Dilrosun – He was decent down the left, but he picked up an unfortunate injury. 5.25.

Vedad Ibišević – Couldn’t really have an impact on the match. 5.

Krzysztof Piątek – Failed to have the desired impact after he came off the bench. 4.75.

Alexander Esswein – Lively down the left, as he was an effective outlet for his side. However, he failed to threaten in front of goal. 6.25.

Jessic Ngankam – He was lively down the right, as he made challenges and caused a few problems for Dortmund’s defence. 6.5.

Team – Hertha were very good for the entire duration of the match, as they frustrated Dortmund. They were resolute defensively, but lacked end-product in attack. In the end, they lost by a slender margin, not because they were shaky defensively, but because they were poor in attack. That being said, they did execute their game-plan well, except of course, the finishing. 7.

Harm Osmers got most of his decisions correct, as he had a decent match. 7.

Dortmund close the gap to Bayern down to 7 points. With 4 matches remaining, their title charge may well be over, but crucially, this win sees them go 4 points clear of Leipzig, who are third. Therefore, they have a stronghold on a Champions League spot.

As for Hertha, they stay 9th in the table – a point in front of Schalke, who are below them, and three behind Freiburg, who are up ahead. However, they are only 5 points away from a European spot as things stand, so who knows, maybe they have a late charge up their sleeves?