Werder Bremen are set to host 1. FC Heidenheim for the first leg of the Bundesliga’s Relegation Playoff at the Weserstadion. So, let’s take a quick look at the fixture: 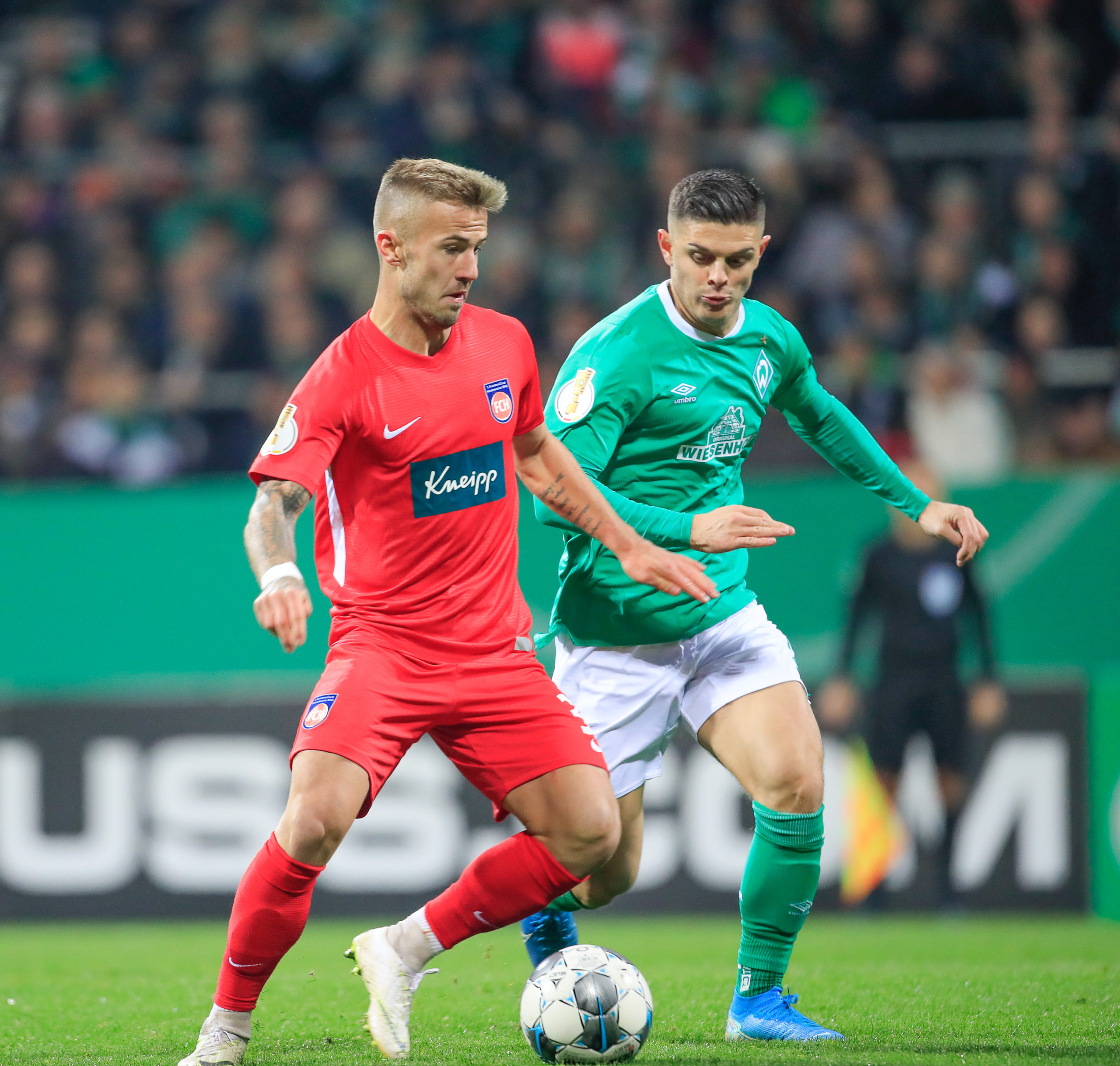 The climax of the Bundesliga’s relegation-battle and the 2. Bundesliga’s fight for promotion sees SV Werder Bremen take on 1. FC Heidenheim 1846.

The hosts, Bremen, are a club who are proud of their rich history. Founded in 1899, the Grün-Weißen were among the founding members of the Bundesliga, and have taken part in all but one season of the German top-flight. Their trophy cabinet boasts of 4 Bundesliga Titles, 6 DFB Pokals and a UEFA Cup, with the most recent trophy coming in 2009. They are certainly giants in German Football, and their relegation will send shock-waves around the country, and perhaps even Europe.

In stark contrast to Werder’s historic stature is Heidenheim’s youth – the club was only formed in 2007 through the separation of the football section from their parent association, Heidenheimer Sportbund. The ‘1846’ in their name is a nod to the local gymnastics club, Turngemeinde Heidenheim, which was founded in that year. After making their way up the ranks of German Football, Heidenheim won the Regionalliga Süd and attained promotion to the 3. Liga in 2009. Another 5 seasons later, they won that competition as well, and were promoted to the 2. Bundesliga in 2014. Now, here they are, with only Bremen to beat to enter their first Bundesliga Season.

These sides met recently – for the second round of this season’s edition of the DFB Pokal, where Werder emerged victorious with a scoreline of 4-1. First half goals from Rashica, Bittencourt, Klaassen and Friedl meant that Schnatterer’s penalty was nothing but consolation for Heidenheim, who got knocked out.

Werder go into the match on the back of a 6-1 thumping of Köln – a result which, coupled with Union’s 3-0 victory against Fortuna, saw them come out of the immediate drop zone, and set up a relegation playoff date. They looked utterly unstoppable, and if they can play like that, Heidenheim stand no chance. Before that, they saw mixed form as they picked up 6 points from their last 5 matches, with a big aggregate score of 12-5. They kept their last clean sheet way back in May, when they beat Schalke 0-1.

Heidenheim lost 3-0 to league-leaders Arminia Bielefeld last time around. That almost caused them to lose their playoff spot, but luckily, they were saved by Sandhausen, who demolished Hamburg 1-5. They didn’t look good thouugh, and will need to improve if they want to stand a chance against a free-scoring Bremen side. Their last 5 fixtures have seen them win once, draw once, and lose thrice, but crucially, that one win was against their biggest rivals for 3rd spot – Hamburg – complete with a 94th minute winning-goal.

Milot Rashica – The Kosovar is Bremen’s top-scorer this season, with 8 goals and 5 assists to his name in 28 appearances. However, his form had dipped after the restart, but he managed to end a 7-match goal-drought on the final matchday. Notwithstanding his form, he is wanted by many of Europe’s top clubs, including Leipzig, Dortmund and Liverpool, and will be keen to help his current club maintain their Bundesliga status.

Tim Kleindienst – Heidenheim’s main man has 14 goals and 4 assists from 27 appearances in the 2. Bundesliga, making him the club’s top-scorer. However, he has been goalless in his last three outings, and will desperately want to change that against Werder. Besides his direct goal-threat, he also averages one chance created per appearance. He also wins a massive 5.7 aerial duels per match on average. He’ll look to bring all of that to the table in arguably the most crucial match in his side’s history.

Theodor Gebre Selassie – The Czech defender has looked solid for Bremen’s defence this season, where he has mainly featured on the right. Although his tally of 2 goals and 2 assists from 28 appearances doesn’t seem overly impressive, his average of 2.3 interceptions and 2.6 clearances per match are certainly respectable. He’ll need to maintain his defensive solidity to help his side keep themselves up in the Bundesliga.

Patrick Mainka – Heidenheim’s 25 year-old centre-back, who used to play for Bremen’s reserve team, has also been a rock at the back. Although he has no goals and just the solitary assist this season, he has averaged a very high 4.9 clearances and 2.1 interceptions per match. He also wins 4.2 aerial duels every match. He’ll need all of that to keep Bremen’s menacing front-three at bay.

Claudio Pizarro – The 41 year-old striker has not started or scored for Bremen this campaign, but he will certainly want to make a mark. The Peruvian veteran has announced that he will retire at the end of the season, and he’ll surely like to go out on a high.

Davy Klaassen vs Niklas Dorsch – The battle in the midfield will see Bremen’s Dutchman, Davy Klaassen, who has 7 goals and 5 assists this season, face the former Bayern Munich player, Niklas Dorsch, who has one goal and 4 assists. They both average just about 1 key pass per match, and will be locked in a creative battle for almost all of the 90 minutes, as Dorsch, who is a defensive midfielder, will try to contain Klaassen.

Bremen have not been at full-strength for most of this season, as injuries have ravaged their squad. This has made them very unpredictable, as they have sprung massive surprises like the 6-1 thrashing of Köln, but also looked very poor, for example during the 0-3 loss to Frankfurt. Notwithstanding that, they will look to dominate possession and create chances against supposedly weaker opposition. The first goal will be crucial, as they have won every match since the restart when they have opened the scoring, and lost every time that they have conceded first.

Heidenheim are a very physical side, and will look to bully Bremen, who are not exactly known for their intimidating presence. They average 12.7 fouls per game, and have a major aerial presence too, as they win 21.9 aerial duels per match on usually. They have the second-best defence in the second division, and have only conceded 36 times. They are very capable of parking the bus too, and have never let a lead slip since the restart. Once again, the first goal will be crucial.

It will certainly be an exciting clash, as old will face new for the first leg of the Bundesliga’s relegation playoff.