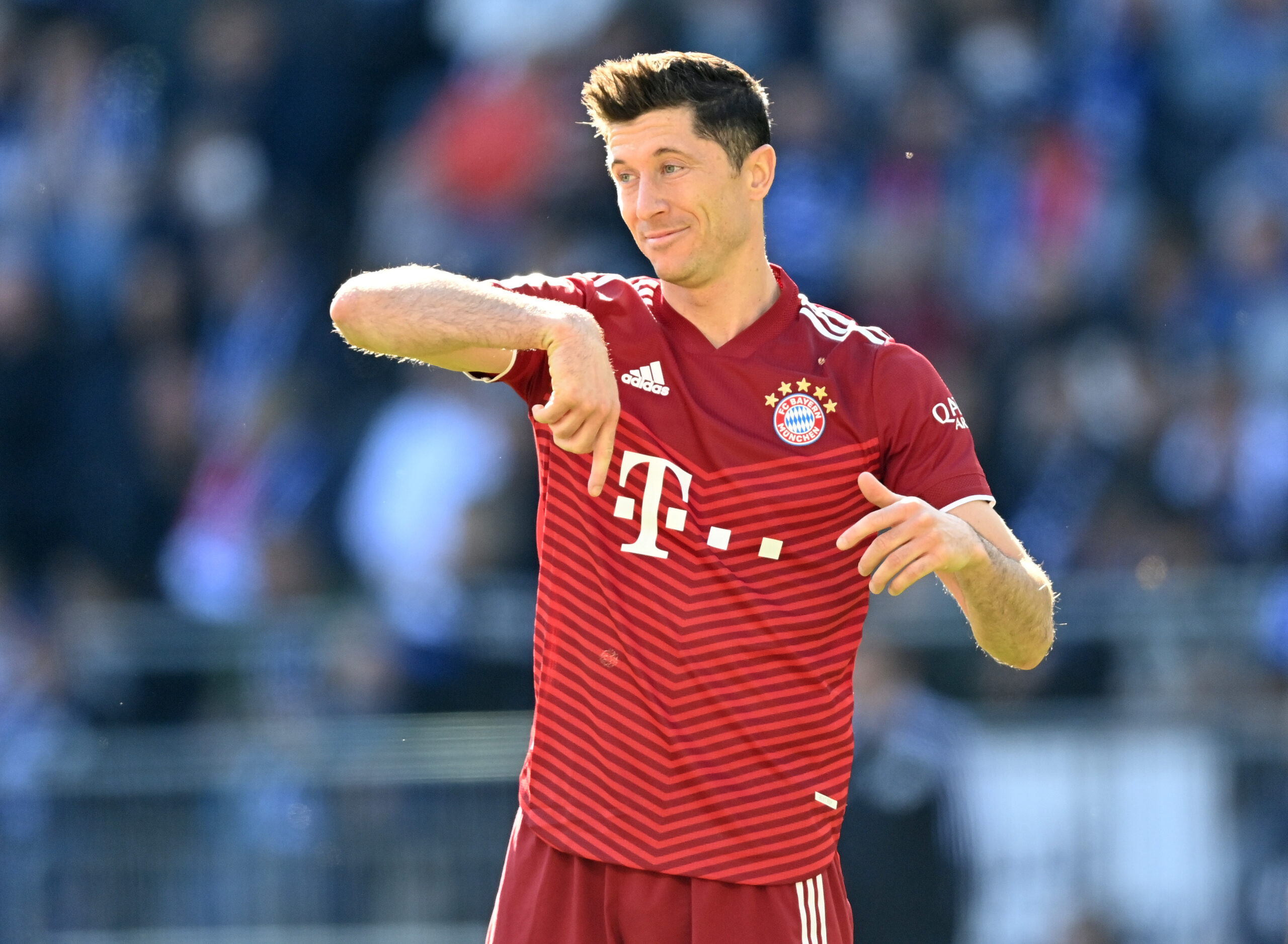 Despite heading into their quarter-final tie against Villarreal as odds-on favourites, Julian Nagelsmann’s men crashed out of the competition in disheartening fashion.

After a narrow 1-0 first-leg defeat at La Ceramica, the perennial Bundesliga champions hoped to turn the second-leg home advantage into a comeback.

Star striker Robert Lewandowski opened the scoring early in the second half to restore parity in the tie and give the Allianz Arena crowd every reason to believe the turnaround was possible.

However, numerous wasted scoring chances came back to haunt the Munich outfit late in the match as Samuel Chukwueze converted a lethal counter-attack to fire Villarreal through to the semi-finals.

Lewandowski’s quarter-final strike could be his last Champions League goal for Bayern, as the Pole looks to be edging closer to leaving the Bundesliga after 12 years.

According to Spanish news outlet Sport, Barcelona are ready to lure the 34-year-old striker away from Germany in the upcoming summer transfer window by tabling a bid in the region of £30-35m.ark

Despite Pierre-Emerick Aubameyang’s stellar form since arriving from Arsenal in January, the Catalans are on the lookout for a new marksman to lead the line next season.

Lewandowski is the front-runner to fill the role, and there is a feeling the deal could go through.

In other Bundesliga news, Borussia Dortmund star Jude Bellingham could follow Erling Haaland through the Signal Iduna Park exit door at the end of the season.

The up-and-coming English midfielder has emerged as a transfer target for several Premier League big guns, including Manchester United and Liverpool.

As per reports in Spain, the Reds are ready to break the bank to sign the 18-year-old, with Dortmund slapping a substantial £101m price tag on the youngster’s head.

While Bayern faltered in Europe’s premier competition, the Europa League has proved a welcoming territory for Bundesliga clubs.

RB Leipzig took the Gewiss Stadium by storm to knock Serie A powerhouse Atalanta out of their Europa League quarter-final tie.

A keenly-contested 1-1 first-leg draw in Germany gave both teams all to play for in the second leg in Bergamo.

But fans were watching live via soccer streams as Domenico Tedesco’s side ran riot to claim a well-deserved 2-0 victory and seal their first-ever Europa League semi-final appearance.

In-form forward Christopher Nkunku scored either side of half-time to help his team progress 3-1 on aggregate.

Leipzig will take on high-flying Rangers in the semi-finals.

An action-packed 1-1 first-leg stalemate in Germany heavily favoured Barca ahead of the return leg at Camp Nou.

However, Die Adler defied the odds on the back of Filip Kostic’s breathtaking individual showing.

The Serbia international slotted home an early spot-kick to break the deadlock before Colombian marksman Rafael Borre catapulted Eintracht to a 2-0 half-time lead.

Kostic powered home a devastating low effort midway through the second half to put the tie beyond doubt, yet Barcelona had the final say.

Sergio Busquets scored a sensational half-volley from outside the box to pull one back for Xavi’s team.

Memphis Depay converted a penalty nine minutes into the stoppage time to ease Barca’s defeat, as Frankfurt set up a semi-final tie versus West Ham United.