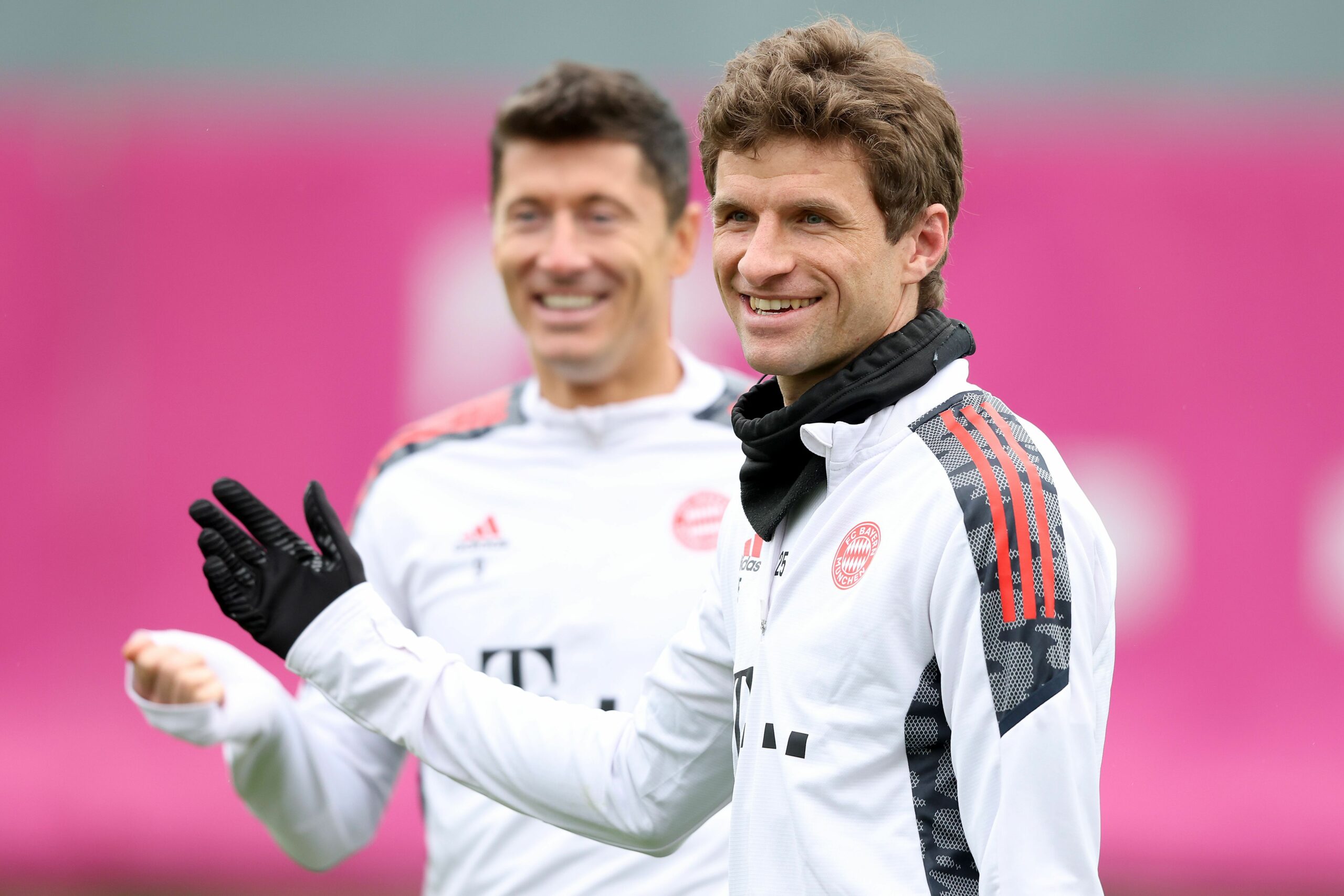 The first European midweek in 2022 will force several top Bundesliga clubs into action as we gear up for the Champions League and Europa League knock-outs.

Bayern Munich will be overwhelming favourites to reach the Champions League quarter-finals against the knock-out debutants Red Bull Salzburg.

After advancing to the last-16 as one of just three sides to have won all six group stage fixtures, the Bavarians will be looking to win each of their opening seven Champions League games for the second time in history.

Munich’s visit to the Red Bull Arena will evoke fond memories, as their only previous European meeting with Salzburg here yielded a scintillating 6-2 victory back in the 2019/20 Champions League group stage.

Julian Nagelsmann will turn talismanic striker Robert Lewandowski to shoulder the scoring burned in Austria, with the Polish superstar tallying 37 goals in 39 away appearances in the Champions League.

Borussia Dortmund crashed out of the Champions League group stage, finishing third in a highly-competitive Group C, courtesy of a worse H2H record against Sporting Lisbon.

However, the Signal Iduna Park will continue their European adventure in the Europa League play-off round, where they are set to take on reigning Scottish champions Rangers.

Inspired by a thumping 3-0 Bundesliga win over Union Berlin at the weekend, Marco Rose’s men will be confident about building on their solid ten-game form in Europa League knock-out matches (W5, D3, L2).

Dortmund also have history on their side here, having overcome Rangers the last time the two sides met in European knock-outs, progressing via penalties in their 1999/2000 UEFA Cup last-32 tie.

Meanwhile, they have already laid foundations for next season’s European bid after convincing Niklas Sule to join them for free when his contract at Bayern runs out in the summer.

Red Bull Arena plays host to an exciting encounter between RB Leipzig and Real Sociedad in the first leg of their Europa League play-off tie.

Domenico Tedesco’s team thrashed Koln 3-1 in the Bundesliga weekend to set themselves up nicely for their first-ever UEFA-sanctioned meeting with Sociedad.

Worryingly, though, Die Roten Bullen have only won two of their previous seven outings in the Europa League proper (D1, L4), going winless in their last three in a row (D1, L2).

Leipzig will put their fate in the hands of Christopher Nkunku, who racked up a staggering seven goals in the Champions League group stage this season.

Niklas Sule Set to Swap Bayern Munich for Borussia Dortmund – Who Could Move to Allianz Arena?
Bundesliga 2021/2022 Predictions: The Race for Europe