Yet another exciting campaign of the Bundesliga has drawn to a close, with many players impressing. So, let’s take a look at the best of the lot: 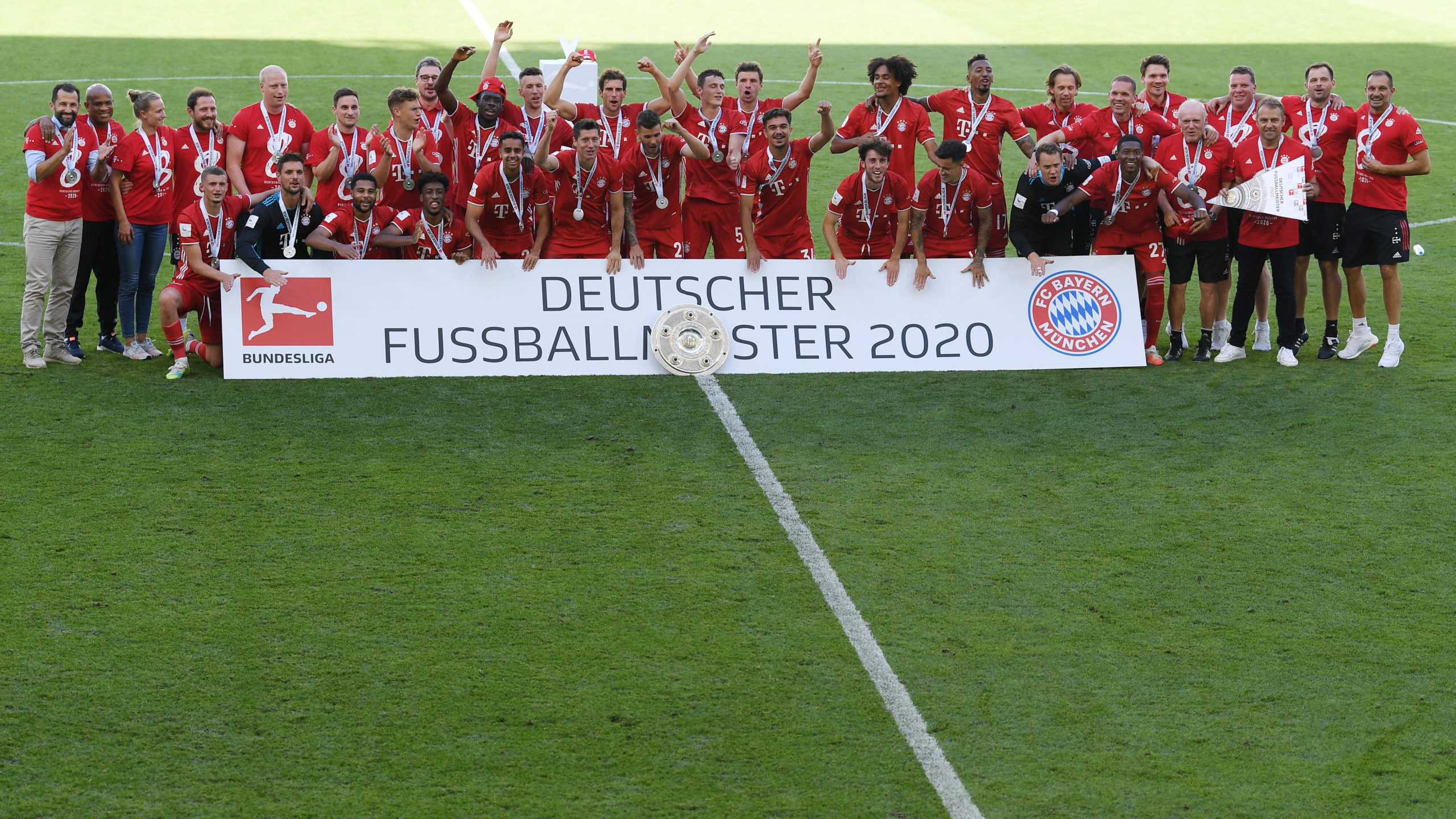 While deciding the squad, I followed the following eligibility criteria for each player:

Keeping all of that in mind, here’s the Team of the Season:

Borussia Mönchengladbach’s keeper Yann Sommer has been very impressive this season. He’s started each of the 34 matches, and saved 126 shots in the process, a Bundesliga high. The Swiss international has only let 41 goals past him, putting himself third in the Bundesliga in that category. He has a good pass success rate of 80.7%, although he is prone to making a few loose passes in crunch situations. But as far as keeping shots out of the goal is concerned, he’s the best in all of Germany.

Dortmund’s right wing-back will have to slot into a slightly more defensive role in our team, but he is certainly capable of doing so. The Inter-bound speedster has appeared 33 times in this season of the German top-flight, and has 5 goals and 10 assists to show for. He makes 2 successful tackles per 90 minutes on average, and the Moroccan became the Bundesliga’s second-quickest player when he clocked up a rapid 36.2 km/h. If he keeps going on this upward trajectory, he’ll soon become one of the best right-backs in the world.

Hertha’s Belgian defender has been brilliant at the back throughout this season. He has a league-topping average of 5.6 clearances per game in his 28 appearances. He’s good in the air too, and wins 71% of his aerial duels. The 29 year-old has also scored 4 times this season, and assisted once. He did all of this while his team went through three managers, so some stability will certainly help him attract top clubs from all over Europe.

Frankfurt’s Austrian centre-back is the league’s highest scoring defender (tied with Philipp Max) as he has scored 8 goals, and assisted one in 31 outings. He has averaged 6.9 ball retrievals this campaign, and like Boyata, he is strong in the air, as he wins 2.7 duels per match. He also wins 69% of his challenges. Overall, the 27 year-old has been solid at the back.

The Bundesliga’s Rookie of the Season has taken the world by storm. The Canadian has 3 goals and 5 assists from 29 appearances, and averages 2.4 successful tackles per match. He also became the quickest player in Bundesliga history when he recorded a lightning-quick 36.53 km/h. ‘The roadrunner’ covers 11.15 kilometres for every 90 minutes he spends on the pitch as he patrols the left flank. He is only 19 years of age, and has a very bright future ahead of him.

Bremen’s Dutch midfielder is one of the hardest-working players in the league. He has covered 385.5 kilometres in 33 appearances this season, making him second-highest in the league in that category. Besides his industry, the 27 year-old has also contributed by scoring 7 times, and assisting 5 other goals this year. He’s not bad defensively either, as he averages 4.6 ball retrievals per match. He was one of the key players in pulling Bremen out of the direct relegation zone, and still has two massive play-offs to save his side.

Dortmund’s Belgian midfielder has been great this season. He has completed a league high of 95% of his passes, while averaging 63.8 passes per game in 28 appearances. This means that he has completed 1679 of his 1785 attempted passes. He has also netted 4 times, and assisted 5 goals too, while also making 3 recoveries per match. He’s not bad aerially either, and has won more than 67% of his aerial duels. As far as distribution goes, there aren’t too many players who are better than Witsel.

Bayern’s comedian has certainly not been a laughing matter for opposition defences this season. He has been revitalised under Hansi Flick, and has 8 goals this campaign, not to mention his record-breaking tally of 21 assists. 8 of those have been for some Polish striker called Robert Lewandowski, who seems to be half-decent himself. Back to Müller though, the German world-cup winner also plays a whopping 2.5 key passes per match – a Bundesliga-high. He was certainly having a laugh when he lifted that eighth-consecutive Meisterschale.

Leverkusen’s young star has had a breakout season this time around, as he has scored 12 goals and assisted 6 others. Amid links to top clubs like Bayern, Real Madrid and Chelsea, Die Werkself‘s stand-in captain became the youngest player to reach 35 goals in the league. His distribution is not too bad either, as has completed 85.4% of his attempted passes and completes 2 key passes per match on average. Not bad for a 21 year-old.

Yet another youngster who has impressed in the German top-flight, Dortmund’s young Englishman has had a phenomenal campaign. From 25 starts and 7 appearances off the bench, he has 17 goals and 16 assists in the Bundesliga, making him the third-highest goalscorer and second-highest assist-provider. The only person who has been involved in more goals than him this season is a certain Robert Lewandowski. He also has a very strong pass completion rate of 85.1%, and creates 2.2 chances per match. Good stuff from the former Manchester City player.

If you did a Bundesliga team of the decade, you would probably have to include Bayern’s star striker, who somehow seems to keep getting better year after year. This year, he broke quite a few records, including one for getting the most goals in one season for a non-German player, as he netted a mind-blowing tally of 34 goals. Oh, and he was also voted as the Player of the Season. In 31 starts, he has averaged 4.5 shots per game, and converted nearly 25% of them. As I have said numerous times: He is the best striker in the world right now.

And that concludes the Bundesliga’s Team of the Season for 2019/20. It’s quite a formidable lineup, and has the potential to give Europe’s best teams a good run for their money.