Borussia Dortmund without key midfield duo ahead of Bundesliga restart 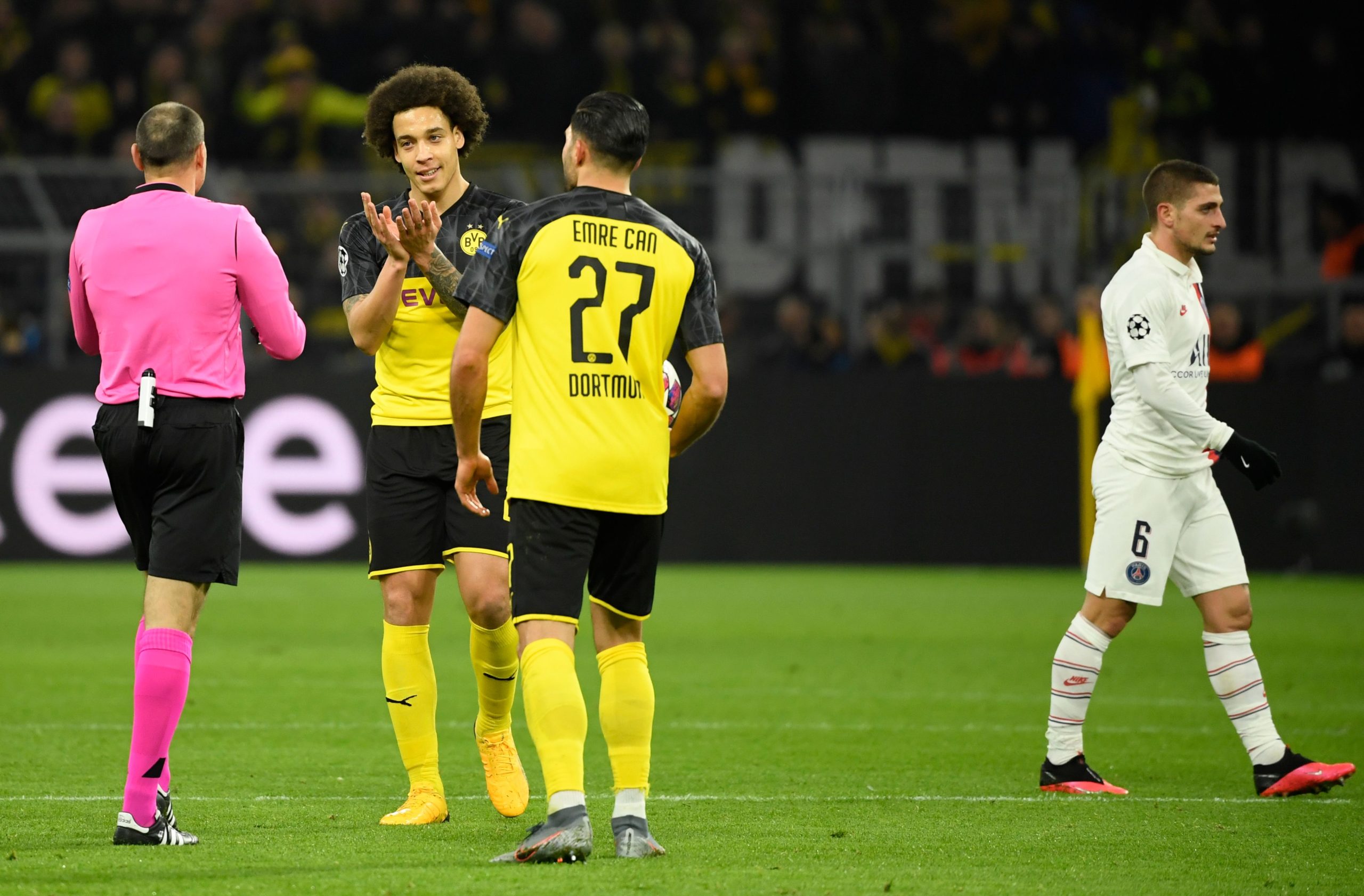 Borussia Dortmund will have to cope without Axel Witsel and Emre Can when the Bundesliga season recommences after the coronavirus shutdown this weekend, AP News reports.

Dortmund resume their league campaign with a Revierderby against Schalke 04 on Saturday afternoon and there are likely to be without a number of their first-team regulars.

Marco Reus and Nico Schulz are already out of action with muscle injuries while Dan-Axel Zagadou damaged a ligament in his left knee following his return to training last week.

In a further blow, it has been confirmed that both Witsel and Can were not involved in the training games earlier this week due to muscular concerns and they won’t take any part this weekend.

It has been made mandatory that all Bundesliga players are quarantined for a week before the season resumption but the duo have had to break the bubble in order to receive treatment.

Dortmund are currently four points behind league leaders Bayern Munich and they will be hoping to begin on a winning note in their first game following the suspension due to the coronavirus pandemic.

For the safety of the fans, the remainder of the season is expected to be played behind closed doors. The likes of Erling Haaland and Jadon Sancho will be key to Dortmund beating their fierce rivals Schalke at the Signal Iduna Park on May 16.