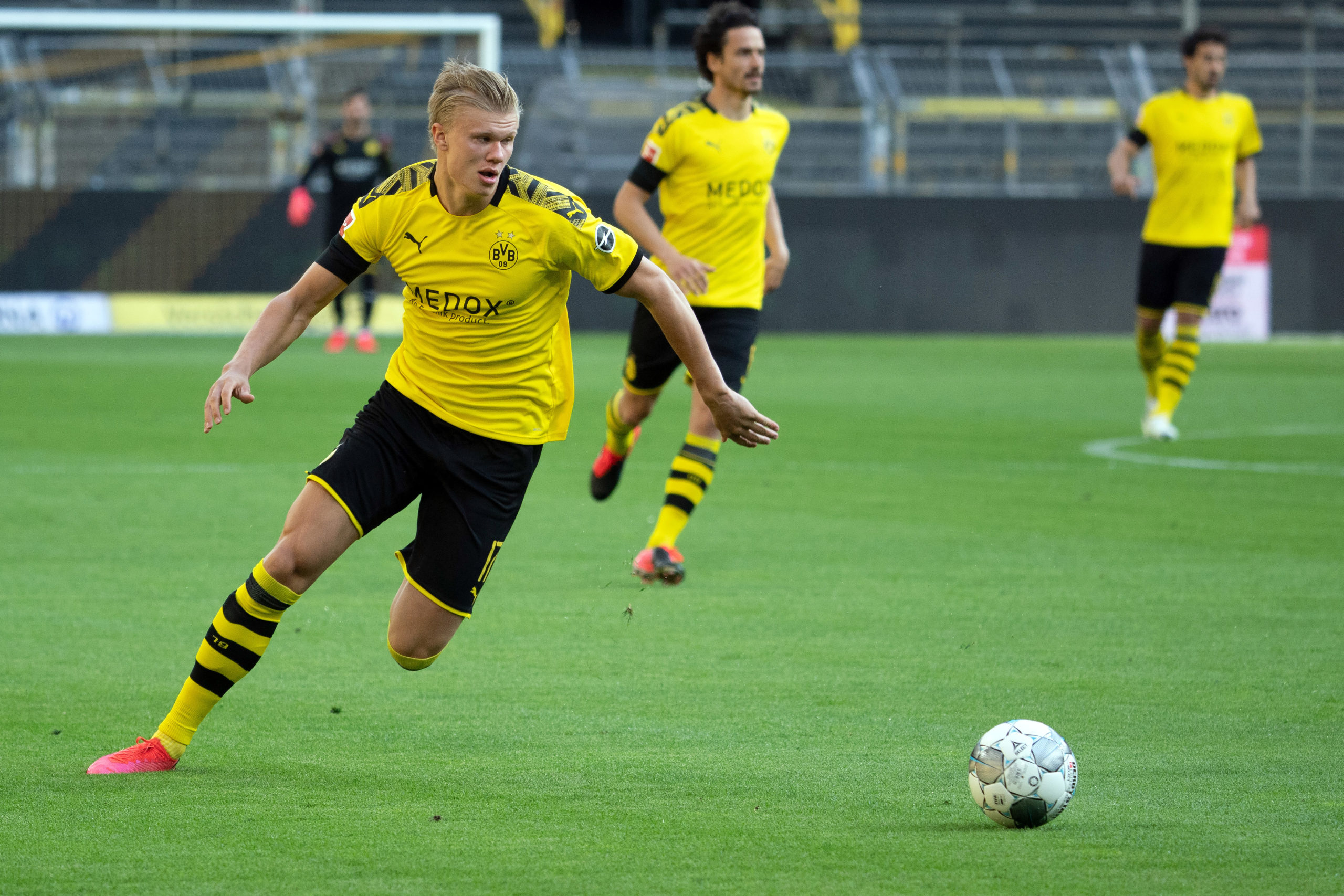 Borussia Dortmund manager Lucien Favre has provided an injury update on Erling Haaland and Mahmoud Dahoud ahead of the club’s weekend clash at Paderborn.

Dortmund lost ground in the title race on Tuesday following a 1-0 defeat to Bayern Munich at home and they are now seven points adrift of Hansi Flick’s side, who are leading the standings.

With six games to play, Bayern are on course for an eighth-straight league title but Dortmund must keep up the pace, considering they have yet to cement a Champions League spot for next season.

Only four points separate Dortmund from fifth-placed Borussia Monchengladbach and Favre will want a strong response from his side when face relegation-threatened Paderborn on Sunday.

Prior to the weekend’s game, Favre has provided an injury update where it has been confirmed that Haaland won’t feature after he suffered a knee problem in the 72th minute against Bayern.

The Swiss added that Dahoud’s knee injury is much more concerning and the 24-year-old will be sidelined for the remainder of the ongoing campaign. He told on Friday:

“Unfortunately, Mo Dahoud will miss the rest of the season. Erling Haaland will also be unavailable against Paderborn. We found out the day after the Bayern game [about Dahoud]. He felt something and has a little problem. It’s not bad, but he can’t continue.”

Dortmund will be the favourites to pick up three points when they face Paderborn on the road this weekend. Paderborn have won only four games all season and are winless in the previous nine matches.