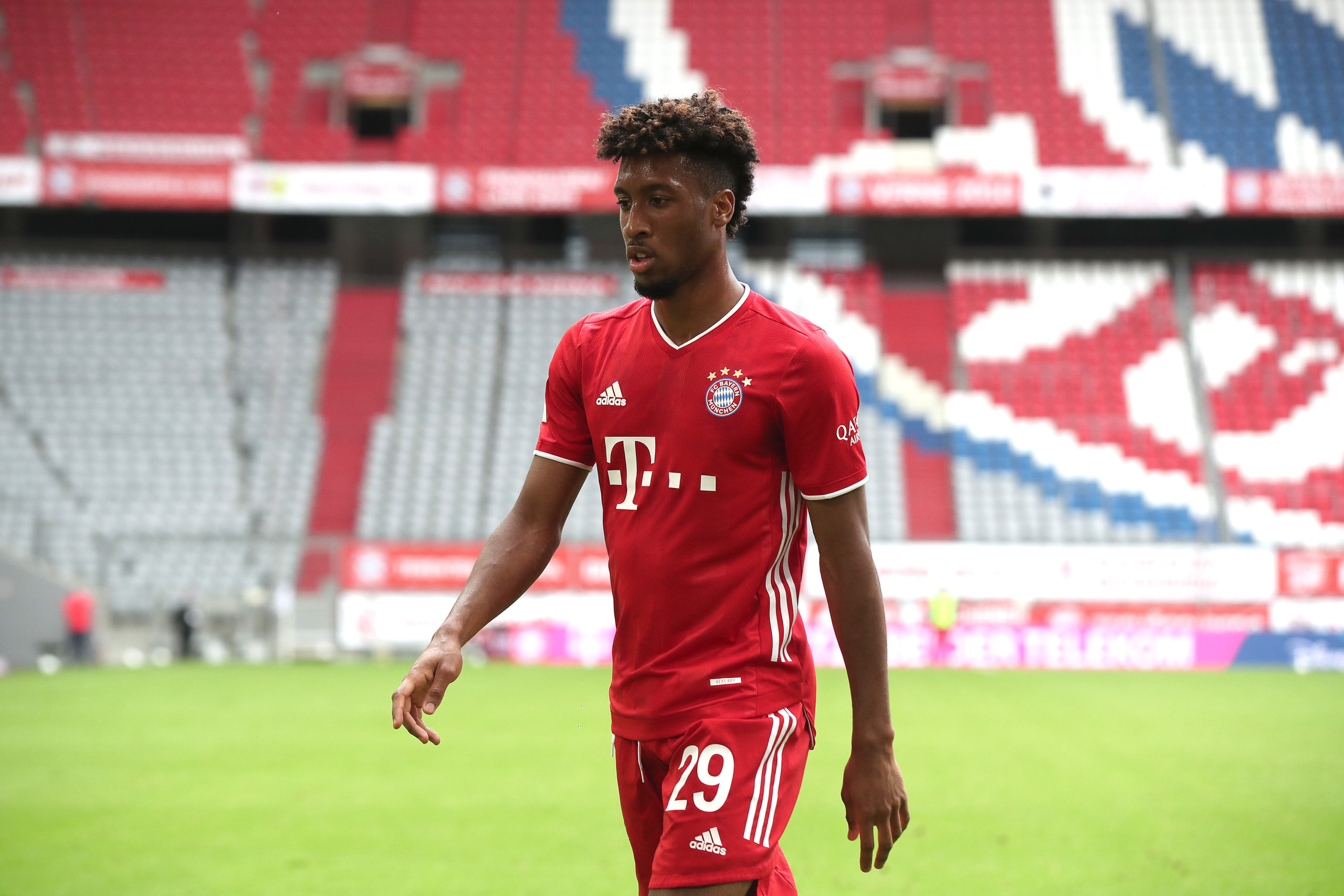 Bayern Munich have no plans of parting ways with Kingsley Coman this summer despite the arrival of Leroy Sane, SportBILD’s Christian Falk has revealed.

A recent report from The Athletic claimed that Manchester United could look at the possibility of signing Coman, particularly with their difficulty in negotiating a summer deal for Borussia Dortmund winger Jadon Sancho.

The same publication cited that the idea of a temporary or permanent deal has been discussed by the Red Devils and Coman would personally prefer to join the club due to the presence of compatriots Paul Pogba and Anthony Martial.

However, the speculation has been quickly dismissed by Falk within a few hours and in a recent update on Twitter, he confirmed that Bayern turned down the opportunity to include Coman in the deal to purchase Sane from Manchester City.

He added that Manchester United’s interest in the player won’t materialise into any kind of move, given the club are firm with their stance that the 24-year-old is not for sale during this summer’s transfer window.

With the arrival of Sane, Coman’s playing time could be reduced at the Bavarian giants next term, considering he does not possess a similar goalscoring contribution compared to the ex-Schalke graduate or Serge Gnabry.

Coman has been with the Bavarian giants since the summer of 2015 and over the past five years, he has bagged 32 goals and 35 assists from 158 appearances in all competitions.

A number of injuries have limited his game time for the German champions, but he has been in first-team contention whenever he has been deemed fit to play under different managers.

Obviously. Coman is not pleased with the purchase of Sane, as per Sky Sport Germany‘s Mark Behrenbeck, but he has recently indicated that Bayern did not purchase a top quality player in Sane to part ways with another.