League-leaders Bayern hosted Gladbach at the Allianz Arena, looking for a win to move even closer to the title. The Foals wouldn’t go down without a fight though, because they needed the points for their Champions League Qualification battle. The good news for them was that Robert Lewandowski and Thomas Müller were suspended after accumulating 5 yellow cards for the campaign. 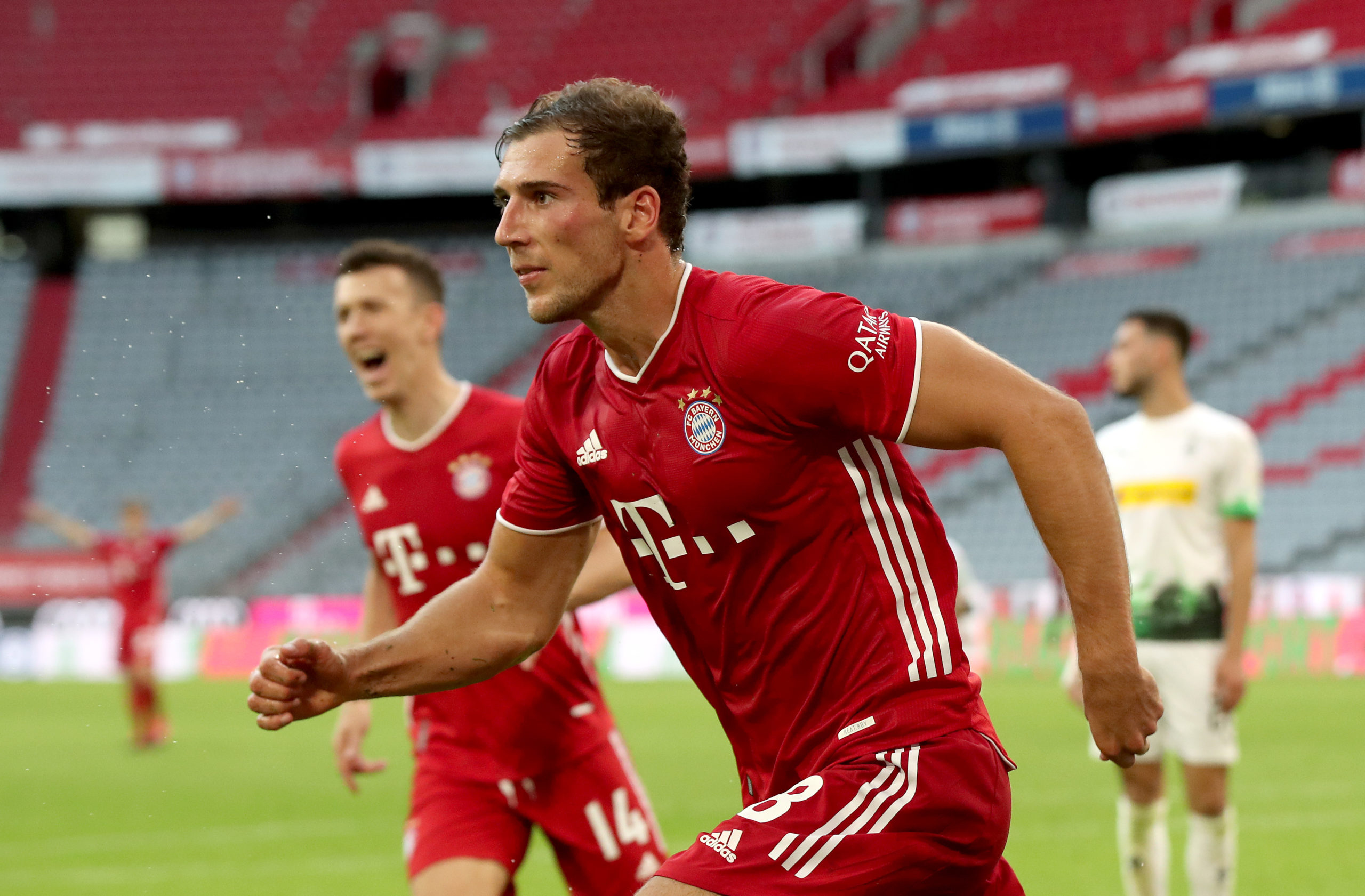 Thuram picked up an ankle injury early on, which meant that both sides would miss two of their chief attackers for this match.

It was Jonas Hoffman who went through on goal in the 16th minute, and he slotted it past Neuer. Unfortunately, it was chalked off for a marginal offside.

Hernandez was through on the other end in the 22nd minute, but he only managed to draw a save out of Sommer.

Only 2 minutes later, Embolo troubled Neuer with a header, and then put the rebound wide from 3 yards out.

And less than a minute later, Sommer made a horrendous pass, which Zirkzee pounced on with a first-time finish.

Gladbach started to get better though, and they were back level in the 37th minute, when Pavard turned Herrmann’s cross into his own net.

Bayern were better after the break but they failed to show up in front of goal. That was until the 87th minute, when Goretzka turned Pavard’s cross in.

So Bayern managed to scrap past Gladbach in the end, as the match ended 2-1 to the hosts.

Bayern held their formation despite losing two key players, but they really lacked sharpness in attack.

Gladbach didn’t do anything special either, as they benefitted off Bayern’s wastefulness.

Manuel Neuer – Made one or two good saves, but didn’t have too much work. 6.25

Benjamin Pavard – Scored an unfortunate own goal, but was alright on the right flank. Made up for the own goal when he set up the winner. 6.25

Jérôme Boateng – Rock solid in defence yet again. Took Thuram out of the game early on (unintentionally), and made a few crucial blocks and challenges thereafter. 6.75

David Alaba – His distribution was decent, and he was strong at the back too. 6.5

Lucas Hernandez – Okay down the left side – especially defensively, but he could have done better to take his chance. 5.75

Joshua Kimmich – Not great in midfield, as he made a couple of uncharacteristic mistakes, which cost his side – like the one which led to the goal. His set-pieces were sightly sub-standard too. 4.25

Leon Goretzka – Worked his socks off as always, and although he didn’t have an overly pronounced impact, he managed to get the winning goal. 6.5

Serge Gnabry – Saw a decent amount of the ball, but he failed to create anything substantial. His passing was loose too. 5

Mickaël Cuisance – Had a few chances but he was rather wasteful. 4.5

Ivan Perišić – Saw a good amount of the ball and created one or two decent chances too, but failed to make anything count. 6

Joshua Zirkzee – Failed to do too much for the first 25 minutes, but then he scored with a brilliant finish. Was quiet again thereafter though. 6

Alphonso Davies – Pretty lively down the left after coming on. Delivered a couple of threatening crosses, and helped his side in defence too. 6.75

Kingsley Coman – Troubled the Gladbach defence with his dribbling, but he failed to do anything in front of goal. 6.5

Team – Bayern looked toothless without the likes of Lewandowski and Müller, and their performance didn’t deserve anything more than a draw, let alone a win. They failed to trouble Sommer, but were compact defensively too. Not a glistening performance from them, but they will be glad about the win. 5.75

Yann Sommer – Made a massive save off Hernandez, but undid his good work by gifting the goal to Zirkzee. Made a couple of brilliant saves thereafter too. 5.75

Stefan Lainer – Looked good in the first half, but after Davies was brought on, he was completely outpaced. 6.25

Matthias Ginter – Saw a lot of the ball, and his distribution was good. He was sound defensively too. 7

Nico Elvedi – Strong at the back, as he did very well to keep Gnabry in check. 6.75

Ramy Bensebaini – Kept things tight at the back, but failed to have an attacking impact. 6

Jonas Hofmann – Looked threatening early on, and even found the back of the net, but it was ruled out by VAR. Good in the middle of the park. 6.25

Christoph Kramer – Supported his midfielders well, but he didn’t have any individual impact. 5.5

Florian Neuhaus – Did very well in midfield to carry his side forward in attack. His driving runs and intricate passing gave Bayern something to worry about. His influence waned later on though. 6.5

Patrick Herrmann – Looked threatening down the right side, and did well to cause the equaliser. Failed to do too much thereafter. 6

Lars Stindl – Had an interesting game. He had spells where he would be very lively, and then his influence would die down. 5.75

Marcus Thuram – Picked up a very unfortunate injury early on.

Oscar Wendt – Didn’t have any notable impact after coming on. 4.75

Tony Jantschke – Slotted in at the back well after being sent on at half-time. 6.5

Breel Embolo – Troubled the Bayern defence quite often after coming on, but failed to worry Neuer. 6

Team – Gladbach did well to contain Bayern’s attackers for most of the match, but they failed to trouble Bayern’s goal too often. They were assisted by the fact that Bayern were missing their 2 main goal-getters, but were also restrained by the lack of their attackers. In the end, it was their absence in front of goal which cost them. 5.5

Felix Zwayer didn’t have too much to worry about, but he got his calls right. 7

Bayern go 7 points clear up top again, and a win against Bremen in midweek will mean that the record eighth-consecutive Bundesliga title will be theirs.

Gladbach stay 4th, and if Leverkusen manage to not lose tomorrow, the Foals will drop down to 5th.