Bremen welcomed Bayern at the Weserstdion, where the visitors had the chance of securing the record eighth-consecutive Meisterschale with a win. 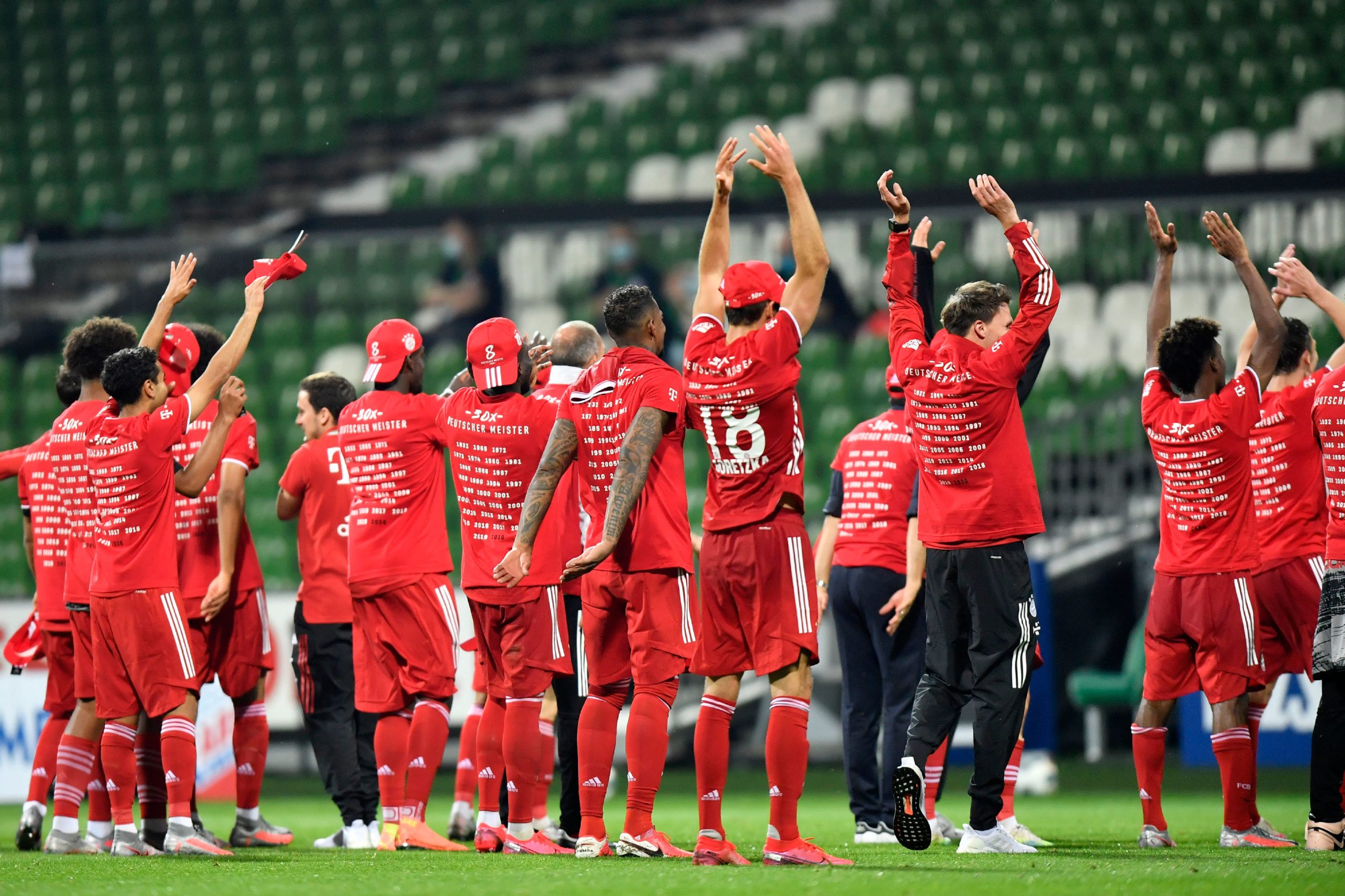 Bayern were not great from the start, and Bremen were the better side early on. They almost took the lead through Eggestein, but his shot went wide.

Despite enjoying the lion’s share of possession, it took the Champions 43 minutes to create the first major chance. Boateng found Lewandowski with a chipped ball into the box, and the Polish striker took it down on his chest, before firing his side ahead.

10 minutes after the break, Bayern thought that they had doubled their advantage through Lewandowski’s brilliant finish, but it was immediately ruled out for offside.

A few minutes thereafter, Müller found Lewandowski again with a great cross, but the striker somehow missed his header.

There was another twist in the 79th minute, when Davies saw a second yellow for a rather small foul.

In the last few minutes, Osako managed to head a cross towards the bottom corner, but Neuer made a big save to keep his side ahead.

And so, it ended 0-1 to the visitors, who claimed their eighth-consecutive Meisterschale with the victory.

As is usual for teams against Bayern, Bremen looked to defend and hit Bayern on the counter. They tried to crowd out the midfield – preventing Kimmich and Goretzka from creating too many chances.

Though the away side were not overly clinical, they kept a lot of possession and managed to find the net once, which is what settled the match.

Jiří Pavlenka – Made a few big saves, but couldn’t stop the goal. 6.5

Niklas Moisander – An absolute rock at the back. Made an array of blocks and clearances, which kept his side in the match. 7.5

Maximilian Eggestein – Had a big chance early on, but he missed narrowly wide. Couldn’t do too much thereafter, but he gave some much-needed defensive support. 5.75

Davy Klaassen – Kept very quiet, as he failed to have an impact on either end. 4.5

Marco Friedl – Didn’t make too much happen down the left. 4.75

Leonardo Bittencourt – Had one or two sights of goal, but failed to convert. 5.75

Yuya Osako – He got very little service up ahead, but tried his best to make things happen. Almost got a late equaliser through his header, but Neuer had other ideas. 6.25

Milot Rashica – Had one or two chances to run at the Bayern defence, but failed to make them count. 5.25

Fin Bartels – Made a couple of chances, but couldn’t do too much. 5.25

Joshua Sargent – Failed to have an impact off the bench. 4.75

Team – Bremen were not bad at all, and almost led at the start of the match, when they created a few chances. Unfortunately, their defence was breached just before the break, and the clinical finishing of Lewandowski punished them. Overall, they defended well, and had a good plan to try to take some points away from Bayern. They’ll need some similar performances if they intend to stay up in the Bundesliga. 6.25

Manuel Neuer – Classic sweeper-keeper performance from the German, and he made a mega-save in the dying stages. 7.25

Benjamin Pavard – Couldn’t do too much down the right flank. 5.25

Jérôme Boateng – Rock solid at the back, and got a great assist too. 7.75

David Alaba – Great defensively, and his passing was top-class as well. 7.5

Alphonso Davies – Good down the left, but received a rather harsh red card. 6

Joshua Kimmich – Saw a ton of the ball, and his distribution was good too. Created a few chances as well. 7

Serge Gnabry – Failed to have a major impact in the match. 5

Thomas Müller – Good game for him in attacking midfield, and almost got an assist, but VAR had other ideas. 6.5

Kingsley Coman – Played quite a few threatening balls, but failed to find anyone at the end of them. 6.25

Robert Lewandowski – Kept rather quiet, but there’s nothing that can stop him from scoring. Worked hard as well. 6.75

Team – Once again, Bayern were not too great, but they nicked the result, which is all that matters. As they said last time, good teams always manage to find a way. They certainly did, and defended well with 10 men too. In the end, they had to rely on Neuer to make a big save to clinch the title, and their shot-stopper delivered. 6.5

Harm Osmers had an easy match up until Davies’ second yellow card, which he probably got wrong. 5.5

Werder stay 17th, and will be praying that Fortuna and Mainz lose their games as well, so that the relegation fight goes down to the wire.

Bayern, obviously, win their record eighth-consecutive title as they are 10 points clear of Dortmund with 3 matches left for BVB.