The Bundesliga is renowned all over the world for being a very exciting and talent-packed league. However, if there’s one thing you can bet on, it’s Bayern becoming champions. But, are they really to blame for their domination? Let’s take a look. 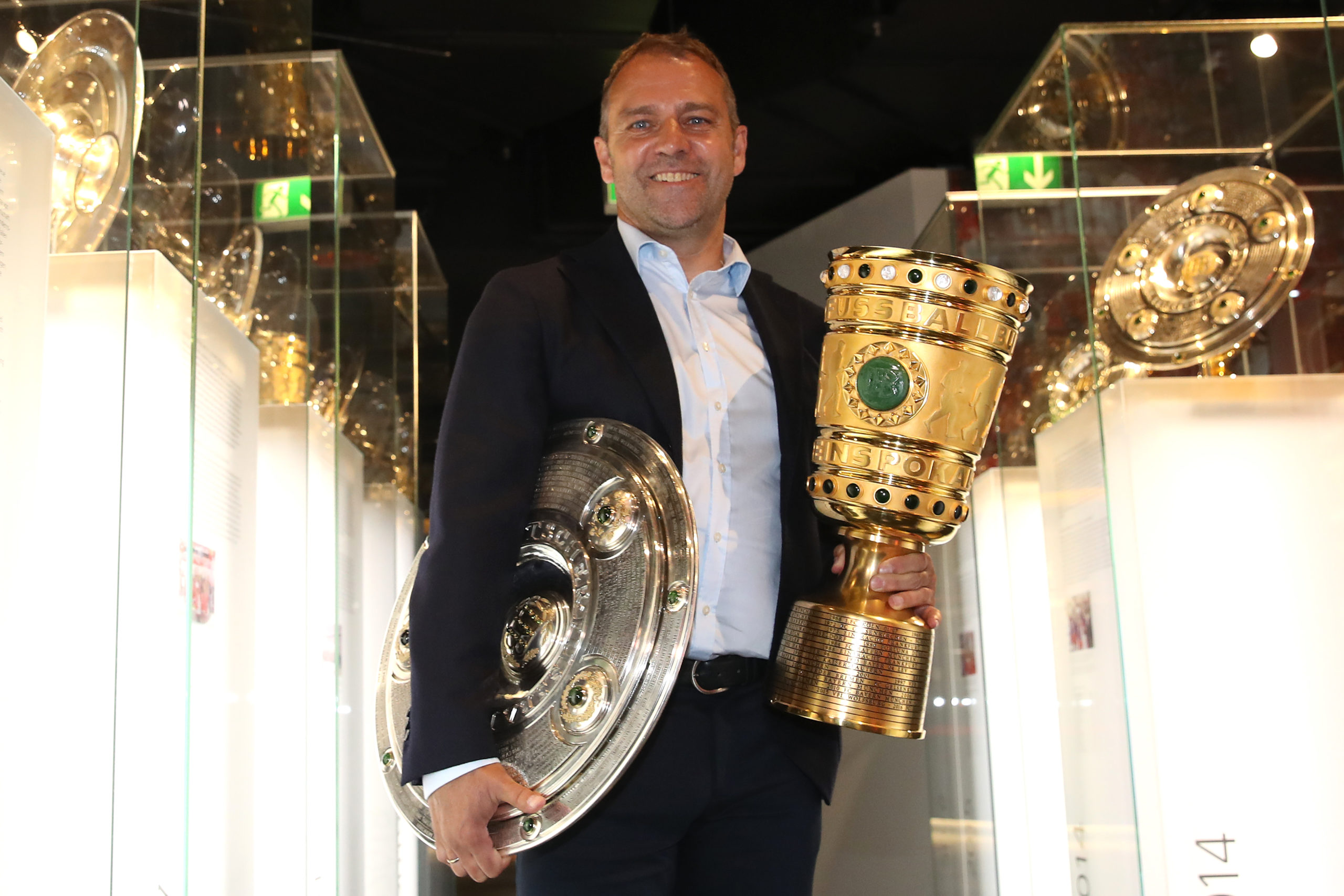 The Bundesliga, and German Football in general, is appreciated all over the world for being very exciting and showcasing great young talents. It’s pretty unpredictable as well in many aspects, but in recent history, one given has been Bayern walking their way to the title year-in year-out. Even if you look at the All-time Bundesliga table, you will see that Bayern have a 894-point lead over Dortmund at the top. In 57 seasons, that is total domination.

The DFB President, Fritz Keller has voiced his fears regarding Bayern Munich making German football boring, and you can’t really blame him when you see that Bayern have now won eight titles on the spin.

But then again, you can’t really blame Bayern either. They are a football club, and they simply want to win. Fortunately for them and unfortunately for the rest of us, they’ve become quite good at doing just that – winning. So, let’s take a look at the factors that have contributed to making the Bundesliga ‘boring’:

The Bundesliga (and German Football) is Not Boring

At first glance, you would think that I’m contradicting myself over here, but I’m not. ‘Boring’ is a very vague word, and the interpretation is all that matters. If you solely look at the results, I concede that the title race of the Bundesliga is indeed very boring. It’s been the same story all over again for the past 8 years, and unless you are a Bayern fan, you’ve probably grown sick of that story.

But even in terms of results, the rest of the league is not exactly a snooze-fest. This season, we had Union Berlin, who were on everyone’s relegation list in the beginning of the season. However, they ended up in 11th place – 10 points clear of the drop zone.

We also had the curious case of Schalke, who looked destined for European Football in the winter, but after a spell of 15 games without a win, they finished in 12th – behind Union!

We also had two brilliant battles for European Football. For the more elite, the Champions League squabble saw Borussia Mönchengladbach edge Bayer Leverkusen to 4th position after the latter slipped up on Matchday 33. Even RB Leipzig, who were the Herbstmeisterschaft (Winter Champions) left it till the last matchday to mathematically secure a spot in next season’s Champions League.

The Europa League fight was no less exciting. Initially, it seemed that Schalke would cruise to 6th spot at the very least, but we all know how that ends. Freiburg remained outside contenders until the last few matchdays, but it was Hoffenheim and Wolfsburg who battled it out, with the former winning it on the last day thanks to a 0-4 drubbing of Dortmund.

Speaking of Dortmund, it was another case of so close, but so far for them. The title race was wide open until the Coronavirus-enforced break, as Leipzig had taken an early lead, but soon succumbed to many draws which derailed their title bid. Gladbach and Leverkusen were there and thereabout, but not at the top for too long. Dortmund had their big chance in the Klassiker on the 28th matchday, but their 0-1 defeat effectively handed the league to Bayern.

The Bavarians didn’t have an easy time either. They started terribly, as Niko Kovač tried his best to give other clubs a chance. That was until his old club, Eintracht Frankfurt lost the script and thrashed his side 5-1, leading to him getting the sack. Bayern appointed Hansi Flick when they were in fourth place. Although he started off by beating Dortmund in an all-important Klassiker, defeats to Gladbach and Leverkusen thereafter proved slightly scary. But that’s when it all changed. Bayern turned into a machine and won all of their remaining Bundesliga matches except a 0-0 shutout with Leipzig, coasting their way to the championship as others slipped up.

Things were very exciting at the other end of the table too. Köln looked set to go down early on, but managed to pull themselves out and maintained a safe distance to the drop. Less than a month before the end, every club from 12th place and downwards was worrying about relegation. Late on, Werder seemed to have lost it when they were defeated in a crucial relegation six-pointer against Mainz on the second-last matchday, but a 6-1 thrashing of Köln at the last stage, coupled with Fortuna’s 3-0 loss to Union saw them go to the play-offs, where they edged Heidenheim on away goals.

At the same time, fourth-tier side 1. FC Saarbrücken advanced all the way to the semi-finals of the DFB Pokal, defeating a couple of top-tier teams in the process. There’s no shortage of fairytales in Germany.

As you can see, it’s been an action-packed season – and not boring by any means.

While some, like Hoffenheim’s Director Frank Biel, may not like Bayern’s transfer policy, you simply have to admit that the record champions are very shrewd in terms of business. They don’t exactly buy their way to the Bundesliga, and instead focus on luring young talents away from their boyhood clubs and developing them into mature players.

In fact, if you look at their favoured starting lineup for the season, you’ll see that its combined cost was €145.8m – way less than the world’s most expensive player (Neymar). From their squad, the likes of Thomas Müller and David Alaba progressed through their youth academy, whereas Robert Lewandowski was bought on a free transfer for Dortmund.

For context, PSG dished out €631m for their starters, and Liverpool’s starting XI cost them a whopping €369m! So clearly, it’s not about how much money you spend, but how well you spend it. Just ask Barcelona – who spent nearly 2.5 times as much as Bayern’s squad on only 3 players, and they don’t seem to be doing half as well as the Bundesliga champions.

This, coupled with the fact the most of the other Bundesliga clubs don’t have too much money too spend (in part because of the 50+1 rule) means that Bayern have a top-tier transfer monopoly in the German top-flight.

So, it’s their smart business which is helping Bayern sustain their German domination.

No disrespect to the likes of Borussia Dortmund and RB Leipzig, but in all honesty, they haven’t offered real competition to Bayern. Leipzig are relative newcomers, and shouldn’t be treated too harshly due to their lack of top-flight experience. But Dortmund, oh dear! Honestly, if you have bought Jadon Sancho, Julian Brandt, Thorgan Hazard, Axel Witsel and Achraf Hakimi in the last two seasons, and added Erling Håland midway for good measure, you simply cannot be forgiven for trailing by 10 points.

Arguably, Dortmund ‘talent-poached’ Leverkusen and Gladbach in the summer by buying the brightest youngster of either club, and then went and lost by this margin. Year after year, they always manage to slip up at the end and lose the title. They really need to stop doing this if Bayern’s domination is going to end.

If they can’t manage it, our best hope will be Leipzig, who mounted their first title-challenge this year, but despite taking a lead into the winter, they lost it towards the end. Perhaps some more experience will do them some good, and they should be far more consistent in a couple of seasons.

Because of the Bundesliga’s very smart financial rules (for example, the brilliant 50+1 rule), there will be very few cases like that of Leipzig who managed to finance a meteoric rise to the top in almost no time. So, if anyone is going to get the better of Bayern in a whole season, it will have to be one of the existing competitors, who really need to improve.

While it is very easy to hold Bayern responsible after looking at the surface of the matter, there are many others who have to share the blame for allowing Bayern to dominate German football. Their competitors need to step up in terms of transfer policy and performing on the pitch, and at the same time hope that Bayern have a horror-season, as they did in the beginning of the 2019/20 campaign.

Another issue is fear. Many teams, especially the smaller ones that face Bayern almost seemed scared against the record champions. They don’t play their natural game, and instead sit and defend for their lives. While this may be effective in limiting damage and preventing a 7-0 thrashing, it also limits their chances of getting a victory. It was very encouraging to see Gladbach, Leverkusen and even Frankfurt try to take the game to Bayern this time around, and their efforts were rewarded as each of them beat the champions at least once this season.

While it is near-impossible to contain Bayern when they are at full tilt, teams must try to fight against them, and hope for some poor showings from the Bavarians at the same time. A little bit of luck and a lot of hard work might just see some team edge Bayern in a couple of seasons.

Until then, we must wait and watch. But remember one thing: German football is not boring by any means.